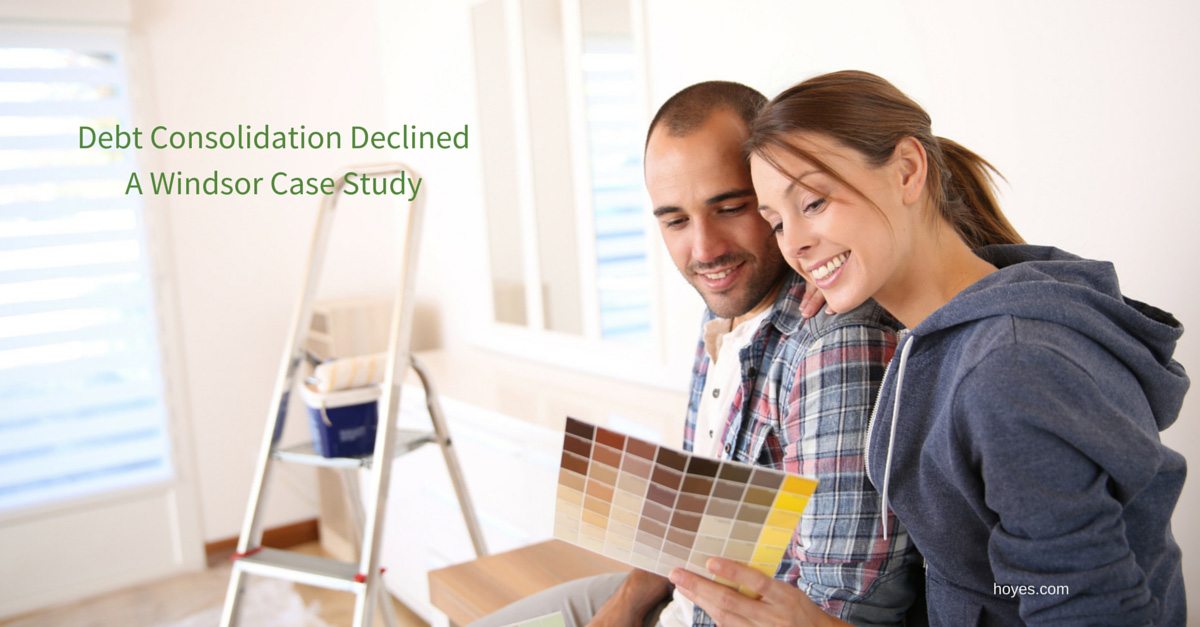 Michael and Christine (not their real names) were a young Windsor couple experiencing cash flow problems. Mortgage payments, car loan payments, a bank loan to finish their basement and some over-used credit cards were using up most of their take-home pay.

A few missed payments, maxed out credit cards and no real equity in their home made Michael and Christine a poor credit choice for a traditional lender. Consolidating their debt at a high rate didn’t make any sense since they still wouldn’t be able to keep up with the payments. Tapped out, they needed a solution they could afford.

While they had no assets that would be affected by declaring bankruptcy, their combined income meant Michael & Christine would have to make surplus income payments if they filed bankruptcy. What they really wanted was to find a way to consolidate their debts and make easy monthly payments that would eliminate their debts in a reasonable time period.

At first Michael and Christine were a little afraid when their initial proposal was turned down. When we broke the news Christine’s response was ‘here we go again’. We explained that a counter offer is not unusual in a case like theirs. They earned a good income and while they made a reasonable offer, their creditors felt they could afford a little more than they initially proposed. Unlike being turned down for a debt consolidation loan however, in a consumer proposal you can work to negotiate terms that make everyone happy.

Ultimately, we were able to negotiate a deal that pleased all parties. The creditors were satisfied that Michael and Christine were making an effort. Christine said that at the end of the day it would give them the incentive they needed to learn to live within their means.

You Too Can Negotiate An Acceptable Solution.

If you don’t qualify for a debt consolidation loan due to poor credit, it might be time to consider a consumer proposal to deal with unsecured debt you can’t pay off. Let us help you see what type of repayment plan will work for you. You have many options. Call us at 1-866-747-0660 and let us help you find your affordable solution.