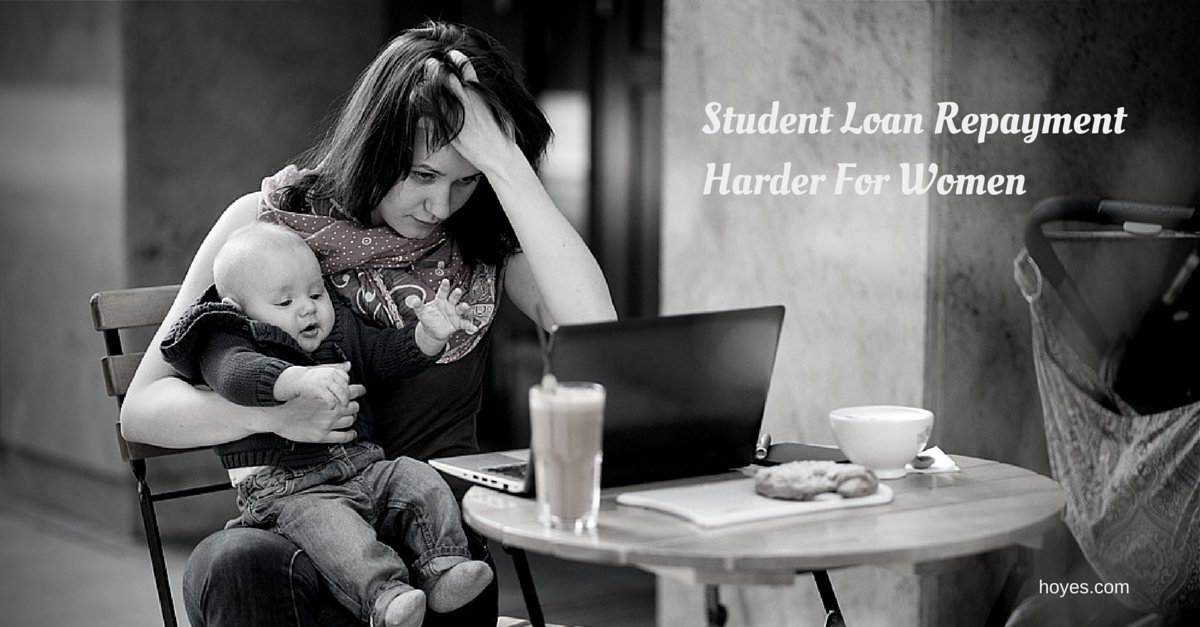 Every year we issue our Joe Debtor report that provides a detailed analysis of emerging trends in bankruptcy filings in Ontario.  We track debt loads by age, income level, marital status and gender.  We also compare types of debt, secured versus unsecured, credit cards, personal loans, income taxes and payday loans. From this information we get a pretty fair picture of why people need to file for insolvency in Canada.

Our most recent studies have uncovered an alarming concern: struggling with student loan debt is becoming more and more of a women’s issue.

Higher Student Debt A Problem For Everyone

Our 2018 study shows that 17.6% of all insolvent debtors had a student loan, that’s up from 15% in our 2017 study. On average they still owed $14,729 in unpaid student loans by the time they filed for insolvency. To put that number in perspective, it’s also important to understand that, in Canada, student loan debt cannot be discharged in a bankruptcy or consumer proposal unless the debtor has been out of school at least seven years.

So that $14,729 in debt we are talking about was what they could not pay off after seven or more years of struggling to do their best to find a suitable job and make student loan payments.

The inability to find employment after graduation at an income level that provides enough to pay off rising student loan debt, creates an overwhelming financial burden for many graduates. Yes, there are repayment assistance programs available for government student debt, and it is possible to apply to have your payments lowered and extend your repayment period for up to a maximum of 14.5 years.

I would argue however, that this merely perpetuates the cycle for most student debtors. Carrying student debt into your mid-30’s (the average student debtor is 35 years old) at a time when you are raising a family (48% are likely to have dependents) is unsustainable. Sadly, the outcome is that many is to seek student loan forgiveness options like a consumer proposal or declaring bankruptcy.

Larger portion of their unsecured debt. In our 2018 study of insolvent debtors with student loans, 61% were women. The average amount of student debt that she owed at the time of filing was $15,171, about one-third of her average total debt load. Comparatively, male debtors owe less in student debt coming in at $14,021 at the time of filing, but that only accounts for 28% of their overall debt load. So Jane Student is struggling with more debt, it is taking her longer to repay her student loans, and it is student debt that is her primary financial burden. Let’s look at why that might be.

Single parenting adds financial strain. Overall, 16.7% of people that filed with us were lone parents, with an average of two dependents.  For female student debtors this ratio was 34.3%.  In other words, just over one third of women filing insolvency with student loans were single parents. With a household income below that of the average debtor, the single parent is trying to support two dependents plus herself. Add student debt repayment on top of that burden and again, it is often the first payment to be pushed aside when prioritizing monthly expenditures.

Viewed independently, each of these categories – student debt and single parenthood – displays a financial problem for women.  Combined, they paint a rather grim picture of a young female single parent trying to make a better life for herself and her children by acquiring more debt than she can possibly manage on her modest income. This is clearly exhibited on our women and bankruptcy study page, which compares the debt portfolio of the average male versus female insolvent debtor.

To be clear, she has less total debt than the average person that filed bankruptcy or a consumer proposal.  Unfortunately, her lower, and sometimes unstable income, means it is much more difficult to service the debt. The average female student debtor has just $242 at the end of each month available for debt repayment. She needs every dollar to survive, and it can be argued with two dependents she doesn’t have enough money to do that.

Our information is an analysis of individuals that filed either personal bankruptcy or a consumer proposal in 2018 with our firm. It is not based on an analysis of the general population. However, the comparisons we’ve made clearly demonstrate that women who carry student debt into their 30’s are more vulnerable to other financial strains that could eventually lead to filing insolvency.

What does any of this mean? I think it means we need to reconsider how we fund post-secondary education in this country. If we agree that we require an educated, technically skilled population, then we have to find a way to provide access to higher education without penalizing the most at-risk segments of our society.

It is our view that we need to review the existing system of education grants and loan forgiveness. In 2014 Industry Canada called for a review of the Bankruptcy and Insolvency Act. Our recommendation at that time was that the waiting period to discharge student debt in a bankruptcy or consumer proposal (currently set at seven years), is too long. We believe that the waiting period should be variable based on the duration of a program, with a maximum period of five years. If a student, borrowing money to upgrade their skills through a four-year college program, cannot earn a reasonable return on that investment and repay the debt within four years of graduation, then the loan should be able to be discharged in a bankruptcy or proposal. The government would still have the ability to object to their discharge in the event that the student did not make all reasonable efforts to repay their debt, so this would not be a carte blanche elimination for everyone. It would however, provide necessary support to the significant number of Canadian women experiencing the unmanageable financial burden of student debt.

If you, like many people we meet, are struggling with keeping up with your student debt, contact us to talk about if a consumer proposal or bankruptcy make sense for you.