Despite consumer warnings about the high cost of payday loans, and changes made to legislation around payday loans to reduce risks to consumers, heavily indebted insolvent consumers continue to use payday loans more than ever before.

Our annual Hoyes, Michalos & Associates Inc. study on bankruptcy and payday loans for 2019 reveals that almost four in ten insolvencies in Ontario involve payday loans and the pace of use among heavily indebted borrowers continues to increase.

As we shall see in this report, insolvent debtors are highly likely to borrow from multiple payday loans lenders and end up owing more in payday loans than they make in a month. What is also concerning is the rise in use of high-cost, fast-cash installment loans and lines of credit offered online and through traditional payday loan lenders; a significant contributing factor to their financial problems.

Payday Loan Use Continues to Increase

In 2019, 39% of all insolvencies involved payday loans, up from 37% in 2018.  This makes the eighth consecutive year we have seen growth in the use of payday loans among insolvent borrowers  since we began our study.

Insolvent borrowers are now 3.3 times more likely to have at least one payday loan outstanding when they file a bankruptcy or consumer proposal than in 2011.

How can this be, given recent changes in payday loan legislation in Ontario designed to reduce the risks of borrowing for consumers?  In addition to lowering costs, some of these changes were designed to reduce loan sizes and provide relief for repeat borrowers including:

Yet for the heavily indebted borrower, these changes have not helped.

The reason is two-fold: 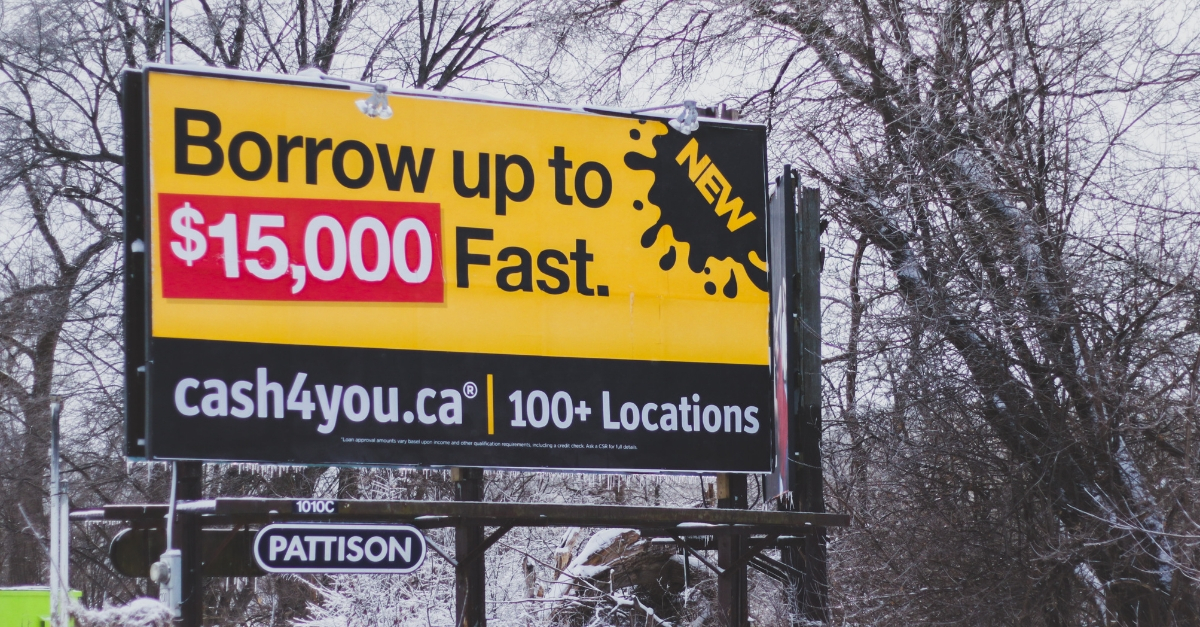 To accurately track the impact of the payday loan and fast-cash lenders on heavily-indebted borrowers, Hoyes Michalos restated its definition of a payday loan to include loans from any company offering fast approval, instant cash, high-interest loans with no or little credit check, whether repayable in two weeks or as a longer-term cash loan. Not included are high-cost installment loans used to fund asset purchases such as furniture loans or for which there is some form of credit review process. For simplicity, we will refer to these loans collectively as payday loans since the majority are still traditional payday loans. However, as we shall see, a rising percentage of these loans are now larger, high-cost installment type loans.

High-cost payday loans continue to be a debt of last resort for an increasing number of Ontarians struggling with debt. The cycle is simple. Joe Debtor needs cash, often because pre-existing debt payments consume much of his paycheque. He visits his first payday loan lender and takes out his first payday loan. In two weeks, he needs to pay off the first loan. Unfortunately, he still has negative cashflow so he visits a second payday loan store to borrow money to pay off the first. He may even borrow more, through a larger installment loan, attempting to get ahead of the cycle. Ultimately, high interest consumes more and more of each pay such that he finds himself indebted to several payday lenders simultaneously.

In 2019, the average insolvent debtor owed a total of $5,760 in payday loans to 3.6 different lenders.  In aggregate, he now owes more than 2 times his total monthly take-home pay in loans with interest rates ranging from 29.99% to 59.99% for a fast cash installment loan to 390% for a traditional payday loan.

While the average insolvent payday loan debtor has 3.6 outstanding payday loans, less than one in four have only one loan while a staggering 4% owe at least 10 different payday lender locations. Multiple loans are not hard to obtain because most payday lenders do not report loans to the credit bureaus and there is no central database to track payday loans.

What is also alarming is that the pace of growth has accelerated in 2019 as indebted borrowers take out an increasing number of larger, fast cash loans. Payday loan companies, and online lenders, now offer easier access to a wider array of products including larger, longer-term cash loans and even quick access lines of credit up to $15,000.

And the cost of these loans has a staggering impact on the heavily indebted borrower as well.

Joe Debtor is using payday loans not only to meet an emergency expense but to keep up with existing debt repayment. He is increasing his debt burden such that payday and fast cash loans become a leading contributor to his filing insolvency. For the average insolvent payday loan borrower, high-interest payday loans account for 16% of his total unsecured debt.

Who Is Using Payday Loans?

In addition to knowing how payday loans are used by the average insolvent debtor, we also know who is more likely to be using payday and fast-cash loans by demographic.

Women debtors are as likely (38%) to use payday loans to excess as male debtors (40%) although they do take out more, individual smaller loans.

Younger debtors are much more likely to use payday loans than are older debtors.

Debtors aged 50 to 59 have the highest overall payday loan debt. They are more likely to use multiple loans (an average of 3.6 each) and 24% have loans of $2,500 or more. It is also interesting to note that payday loan debtors in this age group are more likely to be women.  In 2019, 34% of female insolvent debtors aged 50-59 had at least one payday loan versus 31% for male debtors of this age.  Women debtors in this age group are likely to be single, separated or divorced (71% combined) on a single income. They turn to payday loans to help make ends meet.

What is still concerning is the continued rising use of payday loans among indebted seniors.  Nearly one in four (24%) insolvent senior debtors (aged 60+) have an outstanding payday loan, up from 21% in 2018. Borrowing against a stable pension, seniors take out the largest loans with an average loan size of $2,007.  And nearly 30% have loans of $2,500 or more which suggests they are much more likely to be using high dollar, high-cost, fast cash loans.

Payday Loans Are Not Just for Low-Income Borrowers

How to Avoid the Payday Loan Cycle

Most clients tell us they know payday loans are an expensive borrowing option, however they turn to payday loan companies to keep all their other debt payments current for as long as they can.

For someone dealing with significant unsecured debt, they need a more robust debt solution. The earlier they speak to a professional like a Licensed Insolvency Trustee, the more options they have available to get those debts under control.

For someone who is using payday loans occasionally to meet emergency expenses, consider lower-cost alternatives to payday loans including taking out a small loan from a bank or credit union, getting a secured credit card if access to credit is the issue, using overdraft protection and even negotiating payment terms directly with your creditor. In the longer term, build up a small emergency fund that you can turn to instead of payday loans.

How Can We Improve the Payday Loan Industry?

Recent legislative changes to lower the cost of payday loans, and lengthen the period of repayment, are not helping heavily indebted borrowers.  The maximum allowable cost of borrowing under a payday loan agreement was lowered to $15 per $100 effective January 1, 2018. This may, in fact, be making the situation worse by making payday loans temporarily more affordable.

Hoyes Michalos believes that payday legislation must reduce the risk of consumers taking out multiple payday loans from multiple lenders and obtaining credit well beyond their ability to repay.

We strongly believe any legislation falls short unless it limits excessive access to credit, and as such we recommend that payday lenders be required to: