Key Benefits Of A Consumer Proposal

Why File a Consumer Proposal in Ontario?

For those who qualify, a consumer proposal has several key advantages over bankruptcy: 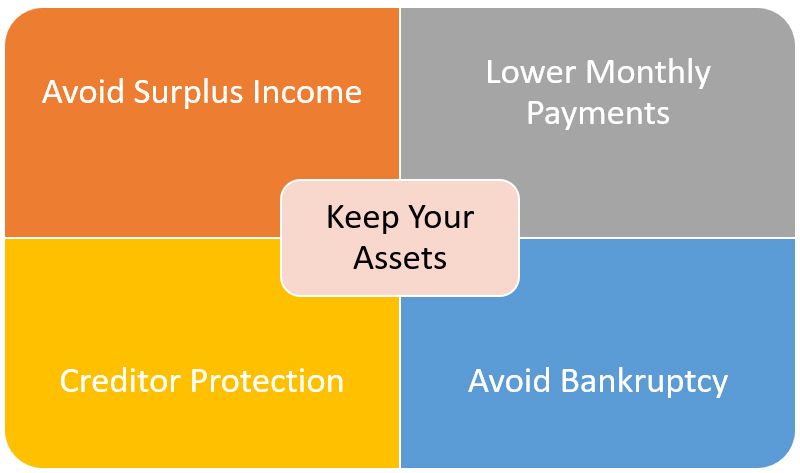 Are There Disadvantages of Consumer Proposals?

A consumer proposal will usually take longer to complete than a bankruptcy. By lowering your monthly payment through a consumer proposal, you are paying your creditors their recovery over a longer time. However, if your financial situation improves you can pay off a proposal early.

If you do not have any assets that would be seized in a bankruptcy or do not have significant income, then filing personal bankruptcy may be your best choice. During your consultation, your Licensed Insolvency Trustee will explain the pros and cons of each alternative.

Who should I talk to about a Consumer Proposal?

CAUTION: You do not need a referral to speak with a Licensed Insolvency Trustee nor do you need to pay anyone to help you prepare any paperwork. Please be cautious of debt consultants who advertise about consumer proposals and offer to get you a better deal than your trustee. Creditors do not like dealing with these debt consultants and they are rarely able to arrange a better deal and certainly do not warrant the large fees they charge.

At Hoyes Michalos, you always meet with a Licensed and Certified debt expert, never a salesperson. Ask us if a consumer proposal is right for you.

More about the effects of a proposal on our blog:

Find out how to file a consumer proposal in Canada or contact us for a free consultation.

What our clients have to say:

Benefits Of A Consumer Proposal in Ontario

“I was overwhelmed with credit debt. Being bombarded with constant phone calls, and letters, from debt collectors was very stressful. It seemed like there was no way out. Until I heard about Hoyes, on my local talk radio station. They are friendly, caring, knowledgeable, and professional, with many year's of experience. During my first meeting, they took the time to learn about my debt, and financial situation. Explaining my different options, and helping to come up with a plan that would work best for me. They helped me avoid filing for bankruptcy, by putting forward a consumer proposal to my creditors. My proposal was accepted, and I am happy to finally be debt free, thanks to Hoyes. It feels like a huge weight has been lifted off of my shoulders. Hoyes are the best debt relief specialists.”

CHOOSE AN OFFICE NEAR YOU

Our licensed professionals will help you explore your debt relief options.
Arrange a free consultations in any of our locations across Ontario today.