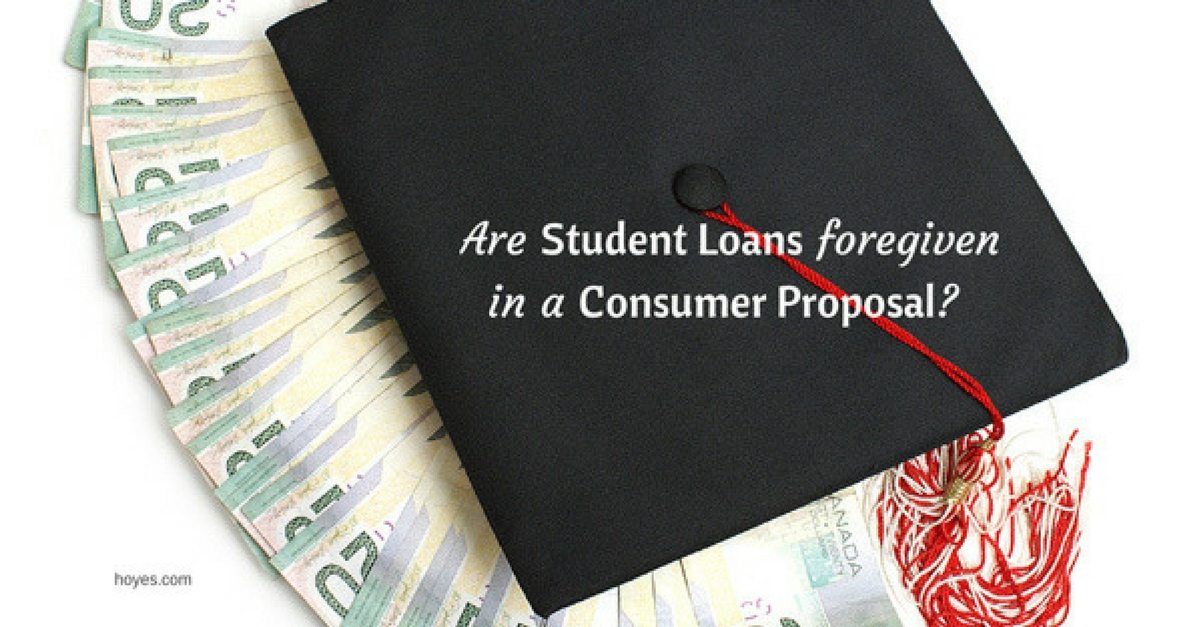 Student loans are similar to all unsecured debts: they can be eliminated in a consumer proposal. However, there are special rules that apply to government guaranteed student loan debt.

Specifically, section 178 (1)(g) of the Bankruptcy & Insolvency Act states that the following debts are not automatically discharged in a bankruptcy or consumer proposal:

any debt or obligation in respect of a loan made under the Canada Student Loans Act, the Canada Student Financial Assistance Act or any enactment of a province that provides for loans or guarantees of loans to students where the date of bankruptcy of the bankrupt occurred:

(i) before the date on which the bankrupt ceased to be a full- or part-time student, as the case may be, under the applicable Act or enactment, or

(ii) within seven years after the date on which the bankrupt ceased to be a full- or part-time student;

These same rules apply whether you are filing a consumer proposal or filing bankruptcy for student debt in Canada.

What It All Means – 7 Years is the Key

For those of you who are not lawyers, here’s the translation of the 7-year rule for student debt:

When your student loans are less than 7 years old, your creditors still receive a prorated share of your consumer proposal payments, just like any other unsecured creditor. However, and this is important, once the proposal is over, they can pursue you for the rest of the money they are owed.

To reiterate: A former student’s student loans, if less than seven years old, will only be discharged in a consumer proposal if the student lender specifically votes in favour of the proposal.

Does that mean you have no option if  your student loans are newer?

If you can’t pay your student debt, a consumer proposal might be the answer.

If you are strugging with student debt, the key is to talk with a Licensed Insolvency Trustee who can review your personal situation and provide debt relief solutions that will work for you. Contact us today for a free no-obligation consultation.