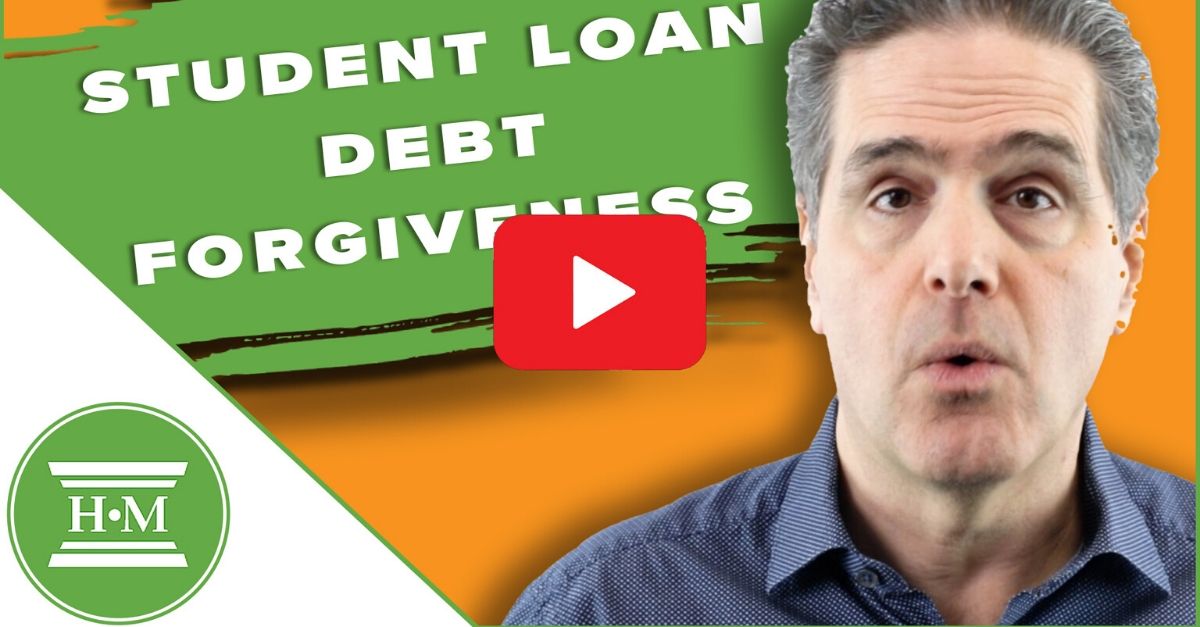 Student loans receive special treatment under the Bankruptcy and Insolvency Act in Canada.

Most student loans are government guaranteed which means that the bank that provided the funding is protected in the event the loan goes into default.

In order to protect the government from a run on unpaid student loans, rules were added to Canadian bankruptcy law that state a student loan will not be covered or extinguished after bankruptcy or a consumer proposal if it has been less than 7 years from the last study date.

Overwhelming student loan debt is a growing financial crisis. In Canada, student debt can be forgiven through the Bankruptcy and Insolvency Act, but there are some special rules. I’m Doug Hoyes, a Licensed Insolvency Trustee with Hoyes Michalos & Associates. Today I’m going to explain the 7-year rule for student loan debt in a bankruptcy or consumer proposal. When you borrowed money to attend school, you most likely applied for a loan through a government program like Canada student loans or a provincial program like OSAP here in Ontario. Government student loans can be forgiven in a bankruptcy or consumer proposal in Canada, but you must be past the legal waiting period, that waiting period is 7 years. Specifically, section 178 sub J of the Bankruptcy and Insolvency Act says that government guaranteed student loans will only be automatically discharged in a bankruptcy if it has been more than 7 years since you ceased to be a student. But what does cease to be a student mean? When does the clock start? When you got the loan doesn’t matter, the important date is when you cease to be a student, which is often the end of the month when you had your last exam or when you graduated or otherwise left school. If you went back to school after you graduated, that may reset the clock, or not, the rules are somewhat complicated in this area. If you are considering filing for bankruptcy or consumer proposal and have student debt, it’s important that you confirm your official end of study date for government student loan debt. We’ll explain how to do that when you come in for your initial consultation, but basically it involves contacting both the federal and provincial student loan lenders and asking them to send you a letter confirming your end of study date. It’s critical that you know what end of study date the government has in their system before you decide whether or not to file a bankruptcy or consumer proposal. Now, you may have noticed that up until this point I’ve been talking about government guaranteed student loans, many students take out additional private loans when going to school. This is very common in some professional programs. You may have an unsecured loan or line of credit from a bank or credit union, you may have gotten a credit card while you were still a student and still carry a balance. There is no waiting period to discharge private student debt in a bankruptcy or proposal. These debts are forgiven just like any other unsecured debt. Rules around bankruptcy and student debt can be complicated, if you have student debt talk to your Licensed Insolvency Trustee about the 7-year rule and any other concerns so you know exactly how your student loans will be treated before filing. You can also visit hoyes.com and look up student debt and bankruptcy for more information.

If you are considering filing a bankruptcy or consumer proposal and have student debt, it is important that you confirm your official ‘end of study date’. This date doesn’t mean the last day you attended school.  It is the date that the government considers to be the last date of the program you were last enrolled in. It also includes both full-time and part time attendance.

The rules around bankruptcy and student debt relief can be quite complicated, so it is important to talk through this 7-year rule with your Licensed Insolvency Trustee before filing.

Here is one example about what happens if you get the dates wrong:

A few years ago, we met with Frank (not his real name) in our Vaughan bankruptcy office. He had enrolled in a human resources course at Humber College. To pay for the costs of his books and tuition, like many, he took out a student loan. For a variety of reasons, Frank eventually decided to quit in his final year. That was about 7 years ago.

After leaving Humber, Frank was unable to find steady employment, and unfortunately started to rely on credit cards to help cover his ongoing living expenses. Now married with a young child, Frank was finding it increasingly difficult to keep up with his student loan payments and his credit card payments and realized that he was in trouble. He came in to see us for a free consultation and we reviewed with Frank what his options were given his current financial situation. He decided to proceed with the filing of a bankruptcy. We explained to Frank about the special treatment of student loans and he was sure that it was more than seven years ago that he was at Humber, so he was certain that the bankruptcy would allow him to get rid of all his debts including his student loans. Frank filed for bankruptcy, and after nine months he received his discharge.

About six months after his discharge, Frank called us up and said that he was getting calls from the government wanting him to start making the payments on his student loans. They were even threatening to take legal action. While Frank was confident that he left school more than seven years ago from the date of his bankruptcy filing, the government was saying that while he may have left Humber more than seven years ago, they were relying upon the completion date of the courses that he was enrolled in rather than when he left Humber. As it turned out, the government was correct, and Frank was still liable for his student loans.

The message to learn here is to never proceed with any formal insolvency proceedings without first verifying the exact last date of study according to the government records.

While Frank was disappointed, we suggested that he see if he can apply to bankruptcy court to have his student loan included in his initial bankruptcy filing. Frank had been conscientiously paying his student loans for many years and without completing his education, he just could not find a job earning enough money to support his new family. Fortunately for Frank, the bankruptcy judge sympathized with Frank’s personal situation and agreed to order that his student loans be covered in his bankruptcy.

Frank was lucky that this did resolve to his benefit. However, always confirm your last date of study not only with your trustee, but with your student loan records.

If you need help with student debt, contact a Licensed Insolvency Trustee today for a free no-obligation consultation where we will look at all your debts with you and help you decide if a bankruptcy or consumer proposal makes sense to deal with your student debt.