Home » Blog » Can A Debt Collector Force You Into Involuntary Bankruptcy? 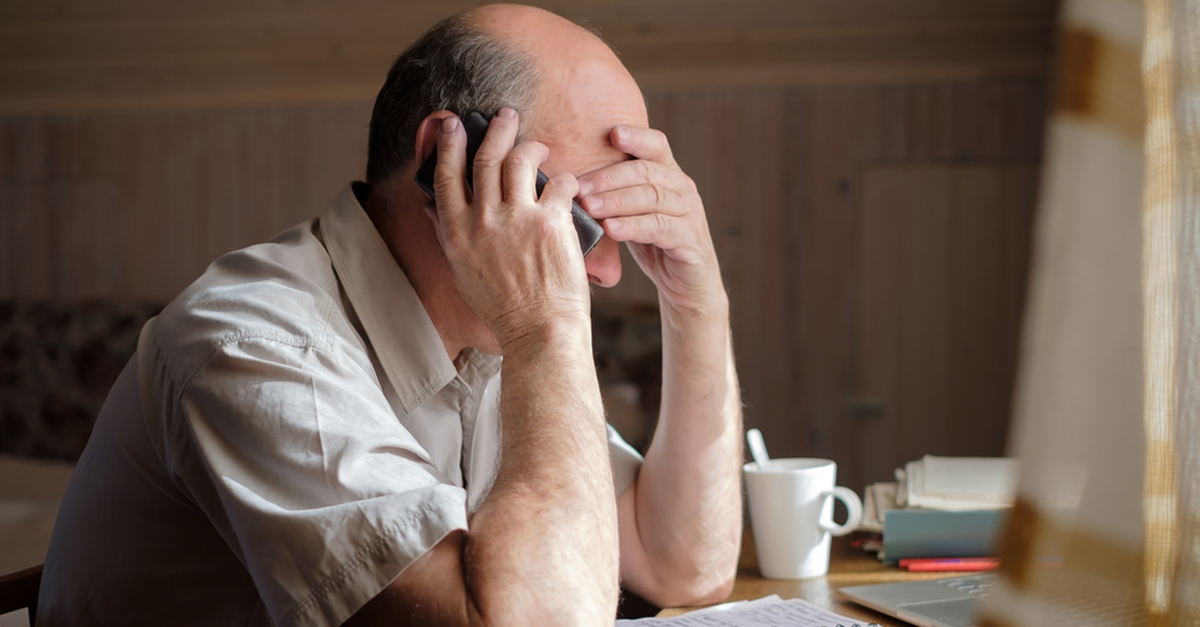 Collection agents are getting creative: they are now threatening to force Canadians into bankruptcy. If you don’t voluntarily pay them the amount owing, they say they will go to court and get an involuntary bankruptcy order.

Is that a real thing?

Can a creditor, or bill collector, force you into bankruptcy? What is an involuntary petition, and should you be worried about it?

Receiving a collection letter from a law firm

This all started with a call I received from a client after he received a notice from what he thought was a collection lawyer (it was actually from a paralegal) threatening to petition him into bankruptcy for an unpaid debt.

Here is an excerpt from that collection letter:

You have failed to satisfy the above-noted claim voluntarily, and your file has been assigned to our firm with the intention of filing an Application for Bankruptcy Order (“Application”), pursuant to section 43(1) of the Bankruptcy and Insolvency Act, R.S.C., 1985, c. B-3 ( BIA).

Obviously, after receiving this letter, the individual called very afraid that he would be forced into bankruptcy.

Who can petition the court for a bankruptcy order?

Yes, the Bankruptcy & Insolvency Act (the Act) has a legal process for involuntarily assigning someone into bankruptcy.  If a debtor has committed an act of bankruptcy, a creditor can go to court and ask the court to force the debtor into bankruptcy.

First, section 43 (1) of the Act says one or more creditors may file in court an application for a bankruptcy order against a debtor if it is alleged in the application that:

An act of bankruptcy is defined in Section 42, which can include where you:

In other words, if you owe at least $1,000 and are not repaying your debts, a creditor can technically petition you into involuntary bankruptcy. However, that does not mean they will.

If you owe money, a collection agent will contact you and demand payment. If you don’t pay, a debt collector can take legal action to collect. They can take you to court, sue you and garnishee your wages. In certain rare cases, a creditor can even threaten to seize your car for unsecured debt.

However, there are a lot of reasons why threats of a lawsuit don’t work.

So when the threat of a lawsuit doesn’t work, the next step is for a debt collector to threaten you with a bankruptcy proceeding.

The debt owing, in this case, was an old Rogers Wireless bill.  The person who forwarded this email to me thinks the debt was ten years old; he had forgotten about it, hasn’t heard from them in years, and the debt doesn’t appear on his credit report (because it’s so old).  It seems that Rogers had sold the debt to a debt buyer, and it was the debt buyer who is now trying to collect.  The collection agent knows the debt is old and small, so the only threat they have left is the threat of being declared bankrupt.

This threat to petition someone into involuntary bankruptcy is a collection tactic, nothing more.

But is it possible to force someone into bankruptcy, as the collection agent suggests?

How often does this happen in real life?

If you are a corporation that has many millions of dollars in debt, it happens occasionally.

But, in my over three decades doing insolvency work, I don’t recall a single time where a creditor has petitioned a person into bankruptcy. I’m sure it’s happened. It’s just extremely rare for a creditor or debt collector to force someone into personal bankruptcy.

Why?  Because whenever the court is involved, lawyers are involved, and lawyers cost money.

I asked one of the most senior insolvency lawyers in Canada what it would cost in legal fees to file a bankruptcy petition in bankruptcy court. He said the minimum cost to petition a debtor into bankruptcy would be $5,000.  Why so expensive?  Because the lawyer is required to notify all interested parties (including the debtor and the Office of the Superintendent of Bankruptcy) and prepare documents to convince the judge that an act of bankruptcy has occurred.

The bankruptcy court takes these applications very seriously because the court does not want the bankruptcy process to be used for normal collection activity.  If a collection agency wants to get the court involved, the proper venue is Small Claims Court for debts of $35,000 or less (in Ontario) or Superior Court for larger debts.

The lawyer or applicant would also have to find a Licensed Insolvency Trustee willing to act in the petition.

So what are the chances that the collection agency will spend $5,000 in legal fees to collect a small debt?

Should you make a voluntary assignment or ignore the notice?

So, what should you do if you get one of these emails?

If you do owe the debt, determine how old the debt is.  If the debt is past the limitation period, it is highly unlikely that the collector will commence legal action.  If the debt doesn’t show up on your credit report, you could ignore it.

If the debt is within the limitation period or harms your credit score, you have options.

If this is your only debt, you can work out a plan directly with the collection agent.  They may be willing to accept less than the full amount if you pay it in full.  You must get a written confirmation of the deal before you send them any money.

If you have other debts, paying this one debt may cause it to be reported as “paid” on your credit report, which then alerts all of your other creditors that you have money and are paying debts, which may lead to a flood of collection calls.

If you can’t pay your bills, this may not be your only collection action. If you have significant debts, I suggest you talk to a Licensed Insolvency Trustee to review possible debt relief options.

A consumer proposal can help you make a plan to deal with all of your debts. If you don’t have enough income to support a consumer proposal, you may want to assign yourself into bankruptcy voluntarily as a last resort. You want to file bankruptcy if you need protection from your creditors. A false threat is not something you need to worry about, however.

Receiving an email like this is very stressful, but if you understand the process and know your options, you can make a plan to deal with all of your debts and get a fresh start.