Home » Blog » Should Pensions Be Protected in a Corporate Bankruptcy? 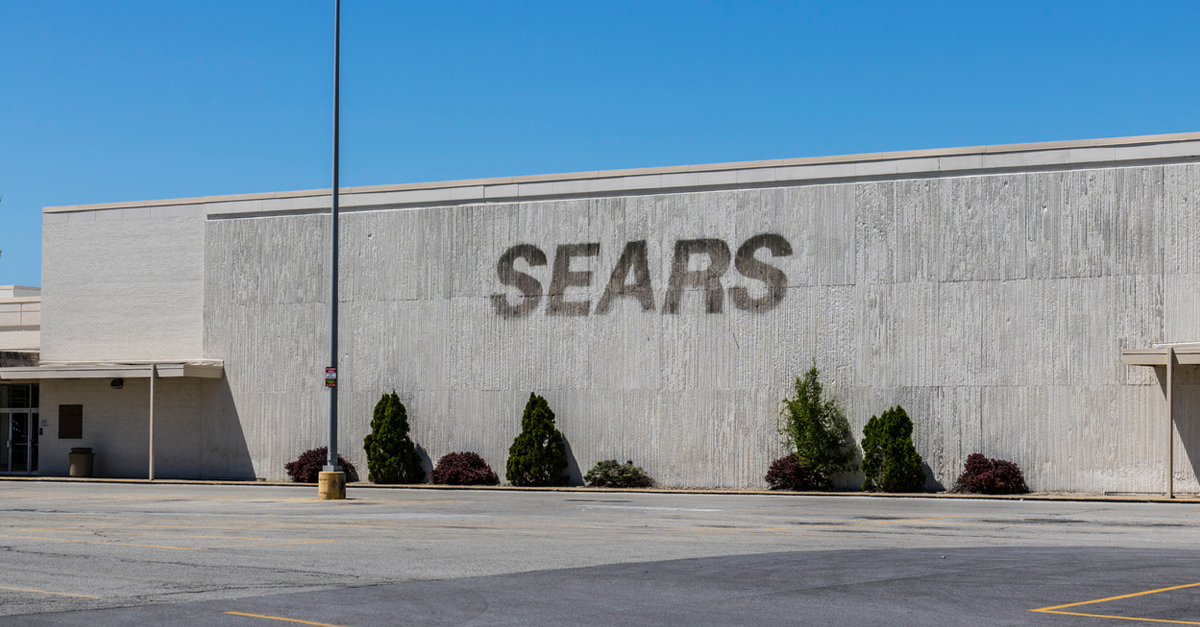 When a private corporation with a defined benefit pension plan files for bankruptcy, retired or nearly-retired employees are not likely to receive their full pensions as promised if the pension is underfunded.

As we witnessed in two prominent corporate bankruptcies with underfunded pensions in Canada – Nortel in 2009 and Sears Canada in 2017 – over 40,000 pensioners across the country were left to live on much less than they anticipated. These cases highlighted the vulnerability of defined benefit pension programs and the unfortunate costs faced by senior employees.

The question becomes then, should full pension payouts be made a priority in a corporate bankruptcy? If so, what would this mean? And would pension protection cause any unintended negative consequences?

Below I explain where pensions stand in a corporate bankruptcy, potential issues with pension protection, and what lawmakers should do instead. And as an employee relying on a defined benefit pension, I share advice for how you can protect yourself from an employer bankruptcy.

A defined-benefit pension plan that is fully funded means there are enough assets to cover the full benefit obligation to pension recipients based on life expectancy and other factors affecting payout.

An underfunded pension means there is a shortfall in the investment portfolio of the plan to cover accumulated pension obligations (liabilities).

Corporate Bankruptcy Process and Its Impact on Pensions

In a corporate bankruptcy, it’s the Licensed Insolvency Trustee’s job to recover as much cash as possible for creditors. This is achieved by seizing and selling assets owned by the company, along with inventory and equipment.

After everything is sold off, the Trustee is left with a pot of cash to distribute to a list of prioritized creditors, and at the top of the list are government claims for debts like unpaid HST and source deductions and secured creditors like banks. If there is any money left after paying the claims of those first in line, employees can file a claim for unpaid wages up to a maximum of $2,000 or six-months wages, whichever is left, as a preferred claim ahead of general creditors.

Pensioners fall to the bottom of the list of creditors to be paid. They stand in line to receive a pro-rated portion of any dividends paid to all unsecured creditors. Typically, there is not enough assets or money available when a company files bankruptcy to repay unsecured creditors. At most they will receive a few pennies on the dollar for any claims filed. If there is an existing underfunded pension, this leaves retirees of a bankrupt company with an income shortfall.

The Province of Ontario, however, does have a Pension Benefits Guarantee Fund (PBGF), which acts as insurance, guaranteeing private sector pensions up to $1,000 a month under certain circumstances. But beyond this protection for one province, there are no laws in Canada obligating corporations to ensure their pensions are fully funded in a bankruptcy.

Should Pensions Be Protected?

Given the issues pension recipients face when their employer goes bankrupt, many critics are calling for the law to change to make pension recipients a super-priority. I don’t disagree with the sentiment. Of course, individuals who have worked hard for many years should receive what they were promised. These employees were paid less per hour when they were working in exchange for an agreement by their employer to fund their pension. An unfunded pension obligation is a promise broken. When you’re nearing the age of retirement or in retirement, working a new job isn’t ideal. So not providing some protection for pensions in the case of bankruptcy affects a very vulnerable group.

But while pension protection sounds like a good solution, there are two problems that can arise from enacting legislation to put pension claims ahead of all other creditors in a bankruptcy.

First, banks lend against the value of a company’s assets, up to a certain percentage, usually 75% to 80%. Should a law be enacted whereby pension obligations become a priority ahead of secured creditors, then that’s one more item a bank would need to consider before lending to a company. If there is a shortfall in the value of assets a company can use to secure loans, banks will tighten lending.

Why is this a concern?

The real issue is that pension funds are often large, and they are also not always 100% funded, even when the company is performing well overall. As pension contributions are gathered from the employer and employee and then pooled and invested, there is a risk given market volatility that invested funds could suffer a loss.

If the company doesn’t have the cash on hand to top up the shortfall in the pension, there’s a high chance banks won’t lend to the company because one of its biggest obligations is not fully funded. Without bank loans, a company is likely to struggle to operate as it would be short on cash. Not being able to operate would cause problems for the future of the company.

The second unintended consequence of making pension shortfalls a super-priority in a bankruptcy is that the obligation to have a pension funded at all times may be too onerous or complicated for companies which may result in their refusal to provide a pension plan altogether. This would adversely affect employees who would otherwise have no other means to save money for retirement. We see this trend already as more employers move to a simple defined-contribution or RRSP matching program.

What Lawmakers Should Do Instead

Rather than requiring companies to have fully-funded pensions at all times, lawmakers should instead make it illegal for shareholders to strip a company of its cash in the form of dividends when there is a pension shortfall.

There would have been more than enough cash available to Sears Canada to cover its $36 million pension shortfall in 2007 and any other future shortfall, if cash weren’t being withdrawn from the company at a challenging time.

Implementing rules to prohibit shareholder greed and dividend stripping when a pension is in a shortfall is likely to be a much more effective tool for pension protection, as it would allow a company access to more cash to cover its losses.

Protecting Yourself as an Employee

After reading this, you may feel concerned as an employee of a private company that offers a defined benefit pension plan. There are 3 things you can proactively check as an employee to avoid financial surprises:

Remember Your Own Financial Situation Too

Even if your pension is secured, you should remember that pension income will always be less than what you are currently making (often 50% to 80%) as an employed individual. So, another way to protect your financial situation – beyond looking at funding deficits and your employer – is to look at your own spending habits. Plan ahead and make sure you can live off of less money than you’re currently bringing home each month. Take a look at your monthly expenses. Do you have any debts – whether secured like a mortgage or unsecured credit cards? Will they be paid off by the time you retire? If not, could you manage to pay your bills on the lower pension income?

Being aware of the health of your pension, employer, and your own finances can allow you to better plan your financial priorities and avoid money problems.

Is Defined Benefit Pension the Same as Defined Contribution?

These days, defined benefit pension plans are often only seen with large and older private companies or the government. With government jobs, pensions are often safer than in the private sector because they can rely on taxpayers for funding.

But among newer private companies, they offer defined contribution pensions like Registered Retirement Savings Plans (RRSPs). Company RRSPs are much easier to administer and face little risk of loss in a private corporate bankruptcy. This is because in company RRSPs, you make contributions and they’re held in your name with an external fund manager. Your employer may match your contributions up to a certain percentage, but the fund is ultimately not dependent on your employer.

Nevertheless, for older employees who gave their best years to an employer and were promised stable income in retirement to have to lose most of that income, is really tragic. My fear though is if we make pensions a priority in a bankruptcy, that will cause worse problems for employees – their employer could go out of business much sooner or their employer could simply stop pension benefits altogether. Neither scenario helps the employee at the end of the day, but where I believe there needs to be stricter control is what goes into the shareholder’s pocket when there is a pension deficit.