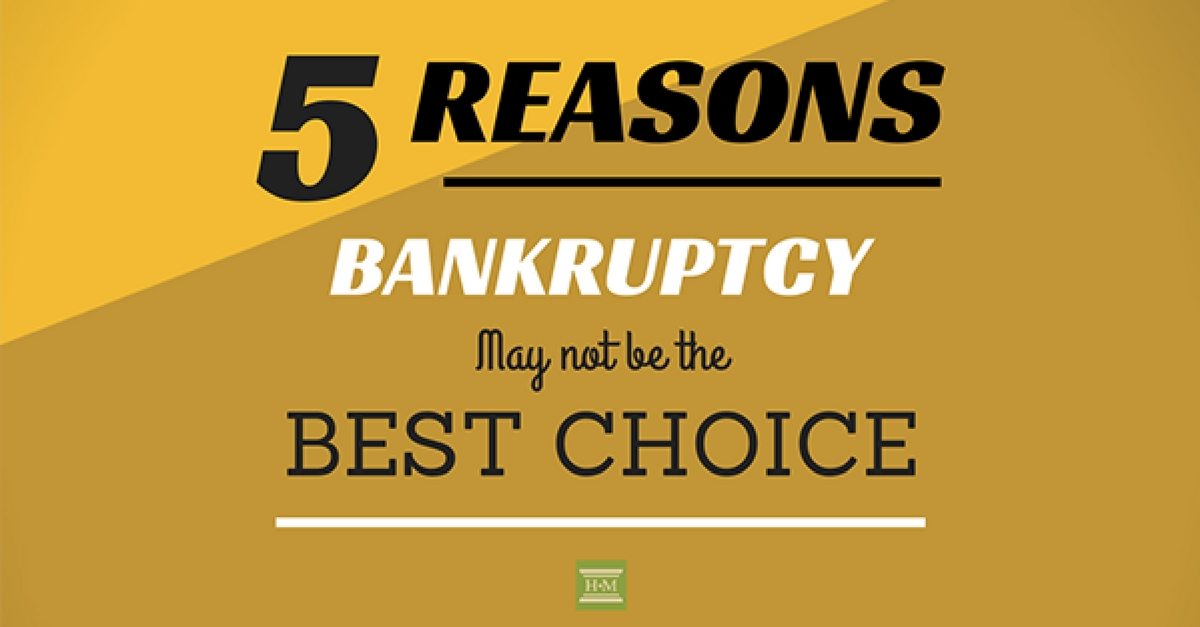 There are many reasons why someone would file for personal bankruptcy in Canada as a means of dealing with their debts and getting a fresh start, but there are equally good arguments not to declare bankruptcy.

Here are 5 common reasons why bankruptcy may not be your best choice and why you might want to avoid bankruptcy:

Bankruptcy is a last resort option.  No matter what your situation, it’s important to factor in all of the pros and cons of filing bankruptcy so you make the choice that is right for you. Contact us today for a free consultation so we can explore all your debt relief options and give you a plan to be debt free.