Home » Blog » Who Do Licensed Insolvency Trustees Work For? 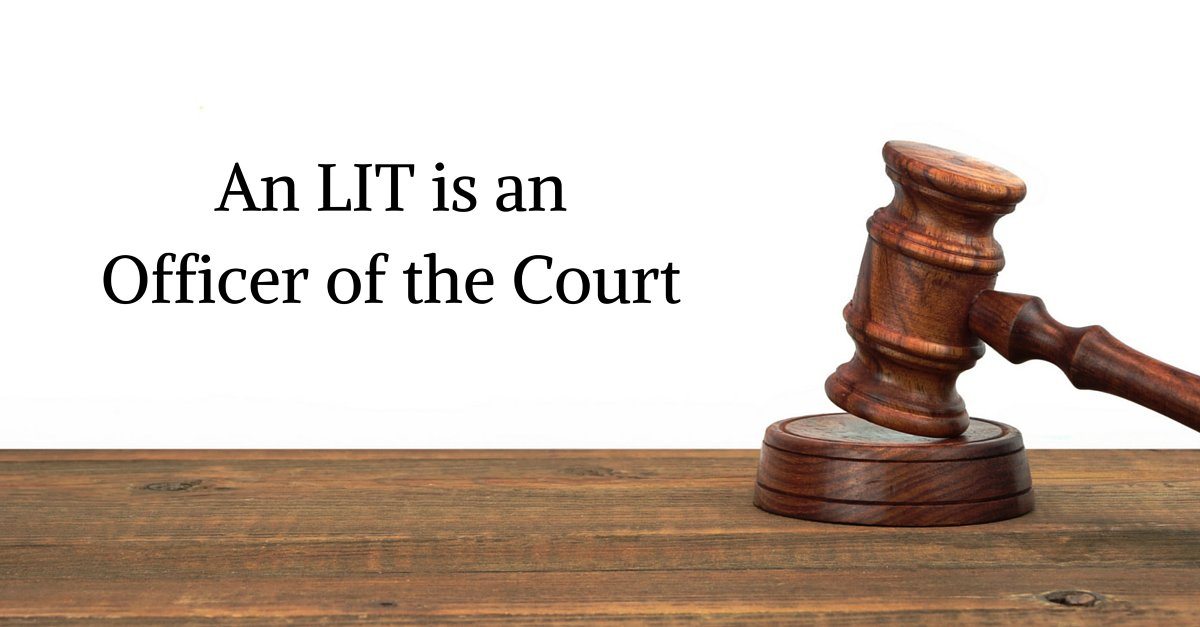 The Office of the Superintendent of Bankruptcy (OSB) is the federal agency responsible for licensing, monitoring, and regulating licensed insolvency trustees.  The authority to do so is set out in the BIA, which is reviewed and updated by Parliament on a regular basis.

The OSB sets policy and procedures for the industry, like rules around surplus income limits, court proceedings, even a code of ethics for trustees. It is the licensed insolvency trustee’s job to administer bankruptcy and consumer proposals in accordance with these policies and procedures.

It is important to realize that an LIT is not a government employee.  Many are accountants by trade that have specialized in dealing with debt and have completed an extensive program of training and examination to become licensed insolvency trustees.

What bankruptcy services do they provide?

Licensed insolvency trustees are the only persons permitted to administer bankruptcy and insolvency procedures in Canada.

Services include assignments in bankruptcy and consumer proposals.  In fact, proposals to creditors now account for a significant portion of most licensed insolvency trustees work (that’s one of the reasons they changed the name from bankruptcy trustees).

While there are a vast array of non-trustees advertising consumer proposals (sometimes disguised as government debt relief programs) only a licensed insolvency trustee can file either of these proceedings.

Who does a trustee work for?

While most licensed insolvency trustee work with a bankruptcy firm or company, every consumer proposal or bankruptcy filing in Canada is assigned to a specific individual trustee.  At the end of the day, if a trustee makes an error, it is their personal license that is at stake – that’s why the training, educational, and practical experience requirements to become a licensed insolvency trustee are so high.

An LIT is an officer of the court

Having said that, an LIT has a duty of care to all of the stakeholders involved in the insolvency process.  This includes the debtor who has filed a bankruptcy or a consumer proposal, their creditors, as well as the community at large and the “insolvency system”.  Licensed insolvency trustees are officers of the Court and as such are held to a higher standard of responsibility than the average debt adviser.

Licensed insolvency trustees are required by law to meet with individuals before they may file an assignment in bankruptcy or a proposal to creditors.  The purpose of the meeting is to perform a debt assessment, to allow the trustee to review the debtor’s situation and all of the various options that may be available to resolve their problems.

A significant portion of the people that meet with a licensed insolvency trustee don’t actually need to file bankruptcy or a consumer proposal.  They needed someone to help them understand their problem and provide guidance on how to resolve their debts.  One of the greatest concerns about the non-licensed debt counselling businesses offering consumers debt relief is they often counsel people into the solution that generates additional, unnecessary fees, or one that may not succeed, as opposed to the best solution for the individual.

Anyone can offer debt relief advice or services in Canada but not all are licensed by the federal government to act as a licensed insolvency trustee.

This is important because the most powerful debt relief tools available in Canada – an assignment in bankruptcy and a proposal to creditors – may only be administered by a licensed insolvency trustee.  As I stated earlier, it is quite common for non-licensed debt counselling businesses to charge people a fee and then refer them to a licensed insolvency trustee for help.  This begs the question, what services are they providing to debtors for the fees they charge?  In my opinion, very little.  Most licensed insolvency trustees do not charge people for their initial meeting.  The session is designed to provide individuals with options and help them decide which solution makes the most sense for them.

What is the difference between trustees and other debt consultants? 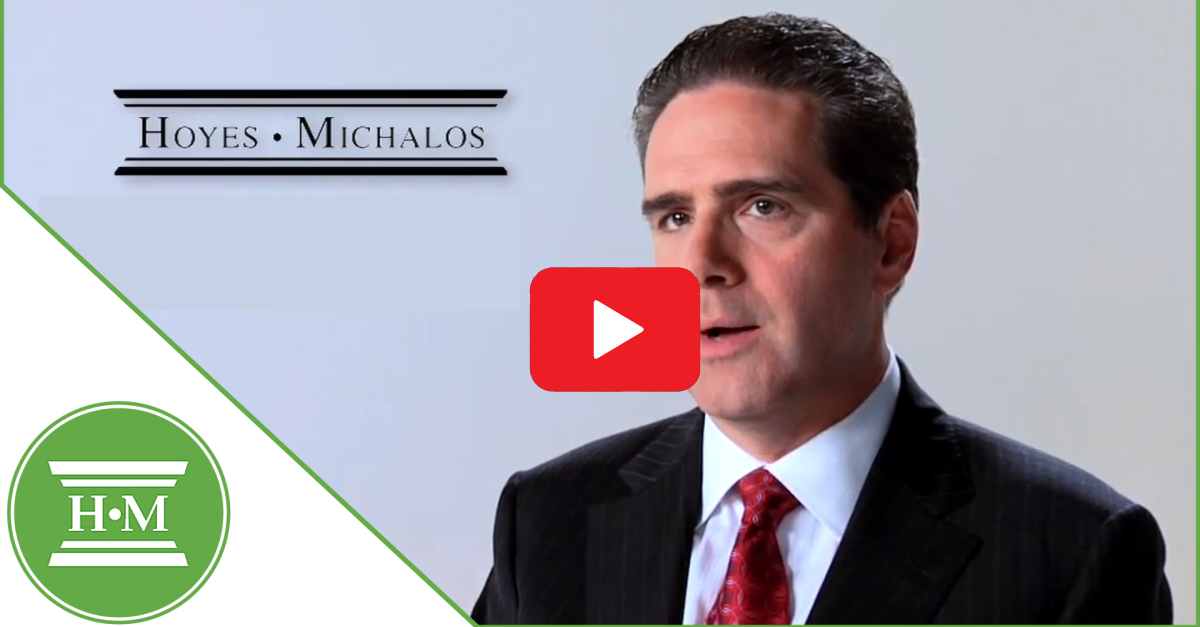 Doug: A lot of people hear the ads on TV for people who can ‘settle your debts for 30 cents on the dollar, 20 cents on the dollar’ and they wonder is that what you guys do? Is that different? There are a number of different people out there who say that they can help you deal with your debts. You got credit counsellors, some of them who are not-for-profit agencies, they can do what’s called a debt management plan. Where they take your debts, and you pay them off in full over a period of up to 5 years. And most cases they can negotiate reduced or 0 interest. So, if you’re able to pay all your debts in full, but you just need a bit of a break, credit counselling through a not-for-profit credit counsellor is a good way to go. People who are advertising on TV are for-profit companies, and they are either debt consultants or people offering deb settlements. They’re not necessarily regulated by anyone in particular. They don’t necessarily have any particular educational background or qualification. What they’re going to do is attempt to negotiate something with your creditors. Whether they can do it or not, who knows. Problem is you’re going to end up paying them a bunch of fees before you really find out what’s going to happen.

Ted: Bankruptcy trustees are licensed by the federal government, we’re officers of the court, So, right from the get-go we’re different from just about any other professional you’re ever going to meet. Lawyers are officers of the court, but they can’t serve in this kind of capacity. The analogy I usually give people is think of a bankruptcy trustee as a referee. So, the bankruptcy laws set out a specific way that things are to be administered, the trustees are the ones that make sure everyone follows the rules.

Doug: That’s what makes us different, we’ve actually got legal authority to do this. We are using federal law to bring about the settlement. So, when a consumer proposal is filed, all unsecured creditors, people like credit cards, income tax, bank loans, payday loans, are all treated exactly the same.

Doug: We’ve got the hammer. I don’t need to get every single person to agree, I just need the majority to agree because that’s how the federal law works. So, if you’re not licensed by the federal government under federal law, you can’t do that. And that is the ultimate difference between a Licensed Consumer Proposal Administrator, a Licensed Bankruptcy Trustee, and everyone else.

Technically, licensed insolvency trustees are paid by the creditors involved with the bankruptcy or consumer proposal.  They are paid out of the proceeds of payments submitted by the debtor into their bankruptcy for the benefit of their creditors.  For example, in a bankruptcy, an individual may be required to make monthly payments into their bankruptcy based on their income.  The money is collected by the trustee and kept on account for the bankruptcy.  At the end of the bankruptcy, there is an established formula for how any funds held on account are handled – government fees are paid first, then trustee fees, and then payments to the creditors of whatever moneys are left in the account.

Recall what I said earlier – licensed insolvency trustees are not government employees.  They work for themselves or for a firm of trustees.  This was done to keep the trustees independent from the government and the creditors.  That independence is critical to keeping the insolvency process in Canada fair for all parties – the individuals in financial trouble, the creditors and the community.

If you are looking for debt relief, contact a Licensed Insolvency Trustee near you today for a free, no-obligation consultation. Our friendly, qualified, licensed debt professionals will help you build a plan to become debt free.