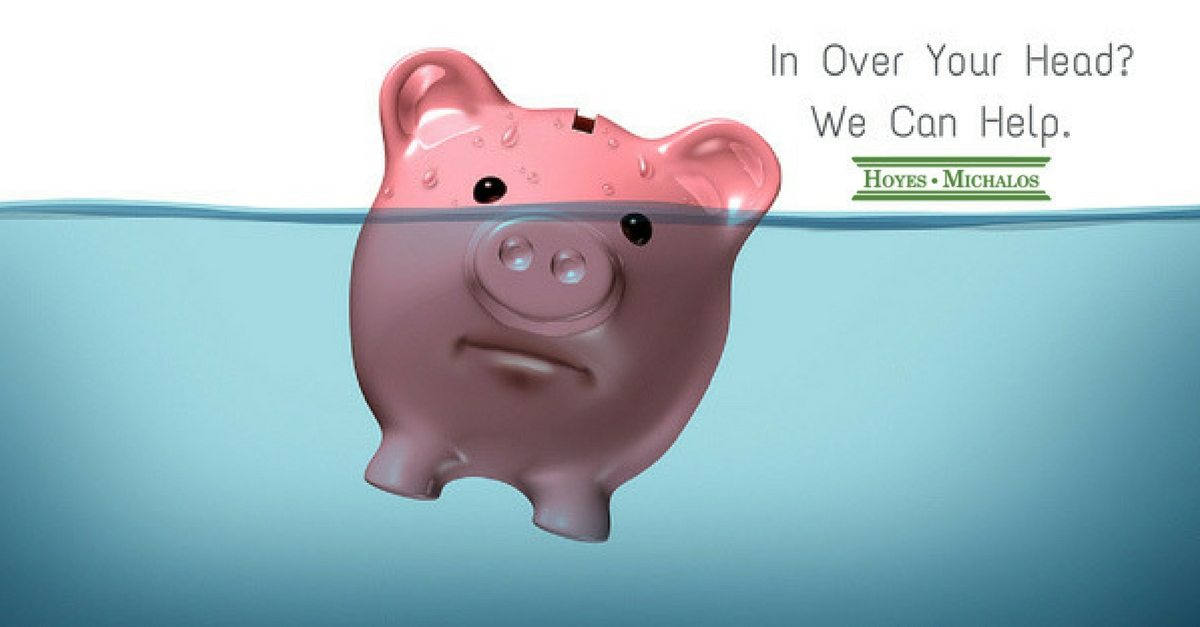 If you have debts, you should pay them off. That statement is so obvious that no one would disagree with it. Except me, in one circumstance.

I agree that if possible you should pay off your debts on your own. You borrowed the money and it’s always best if you can pay it off. Paying off your debts gives you peace of mind, and more importantly, it preserves your good credit rating; so if you need to borrow again in the future, you will likely qualify for a loan at favourable interest rates.

The only time I would suggest that you not pay off your debts on your own, is when you are in over your head.  Allow me to illustrate with an example:

Joe (not his real name) had a good job, and he borrowed to buy a house and a car. He is married, with two young children. His wife worked part time so that she could be home when the kids got out of school.

Then Joe got sick and was unable to work for two years. He had medical benefits, but they were far less than he was making before. His wife quit her job to take care of him. With their lower income they sold their house, but since they bought the house only a few years ago and had to sell it in a hurry, they lost money. Joe’s car was repossessed and there was a shortfall that he owes to the car lender. Joe used credit to survive and now owes money on a line of credit.

Joe is now fully recovered and back at work full time. However, he now has $57,000 in debt from the shortfall on the house, car and the line of credit. After paying rent, bus fare and other living expenses, Joe has $500 per month for debt repayment expenses. Yet the interest on his debt alone is almost $900 a month.

What should Joe do?  Ideally the answer is, “he should pay his debts”, but let’s do the math:

If Joe can only afford $500 per month, he can’t even afford to keep up with his minimum payments without using even more debt.

Even cutting his expenses further, while it will help his cash flow, won’t be enough to make his existing payments. So unless he can increase his income Joe won’t be able to repay his debt and definitely won’t be able to save for emergencies, his children’s education or for retirement.

In my opinion, Joe is in over his head and it will be too great a burden for him to try to repay all of his debt.

What Are Joe’s Options?

Without options to repay his debt on his own, Joe needs to get professional advice and guidance. A Trustee in Bankruptcy could help Joe to review all of his options and choose one that will benefit him and his family, to get them back on track. Joe is a good candidate to file a consumer proposal. He could offer a consumer proposal of $400 per month for forty months, or $16,000 in total. If his creditors accept, Joe is debt free in three and a half years (or sooner if he can accelerate his proposal payments). This way, Joe’s creditors get some of their money back, his family gets a fresh start, and Joe can start to put money away for the future because his payments are lower than if he had tried to deal with his debt on his own.

Do you think you might be in over your head?  If handling your debt on your own just isn’t working, contact a licensed Trustee in Bankruptcy to review all of your options and decide which one is best for you.