Home » Blog » How A Consumer Proposal can Improve Your Cashflow 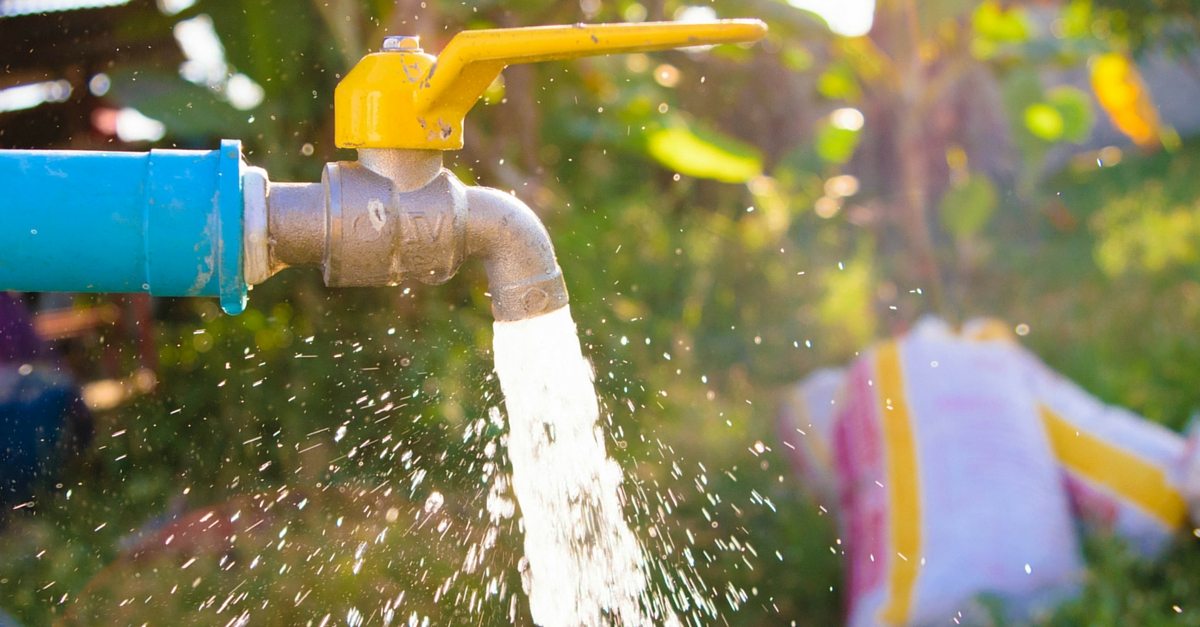 A consumer proposal is a safe and reliable way to get out of debt but it can also be the cheapest in terms of monthly payments. This is because a consumer debt proposal combines two substantial benefits over other debt repayment options:

To illustrate we will look at a typical debt situation and compare the financial cost of 4 different approaches to eliminate debt including a consumer proposal. A consumer proposal deals with unsecured debts and reduces your overall monthly payments substantially.

In all repayment plans, we assume Mark would like to be out of debt in a minimum of 5 years.

If Mark want to pay off his credit card debt within 5 years he will have to increase his monthly payment to almost $1,600. That is the equivalent of half of his paycheque. He will have to make this payment amount every month for 5 years and during that time cannot incur any other debts as this will increase his interest costs further.

A debt management plan, filed through a credit counsellor requires that you repay your debts in full. You can achieve interest savings, which is why Mark’s monthly payments in our example decline by $600 a month however there is no reduction in the total principal payments you must make.

Bankruptcy costs are not based on the amount of debt you owe but rather how much you make and what assets you own plus a base contribution to cover the value of non-exempt small personal belongings and administrative costs. Based on his higher income, Mark would be required to make surplus income payments of approximately $570 per month, assuming his income does not change. As a first time bankrupt with surplus income his bankruptcy would last 21 months after which he would be discharged and his debts would be eliminated.

So in the case of Mark’s bankruptcy, he would be out of debt sooner than his expected timeline, and for significantly less than the cost of a debt management plan.

In Mark’s case he wanted to be out of debt within 5 years. He has to option to file bankruptcy to meet this timeline but if he wants to lower the monthly cost of getting out of debt he can consider a consumer proposal.

A consumer proposal is a legal way to negotiate an arrangement with your creditors to repay a portion of your debt and spread those payments over time. The cost is based on what you can afford and what you can negotiate with your creditors. Creditors typically expect to receive slightly more than they would in a bankruptcy because you are spreading payments over a longer period of time. In addition, certain creditors expect to receive a minimum recovery on their debts. Some big banks (like RBC and CIBC) often expect recoveries in the 30 cents on the dollar range.  While every situation is unique, since everyone’s cash flow needs and creditors differ, in our scenario Mark would likely be able to negotiate a repayment plan costing between $245 and $350 a month for 5 years. 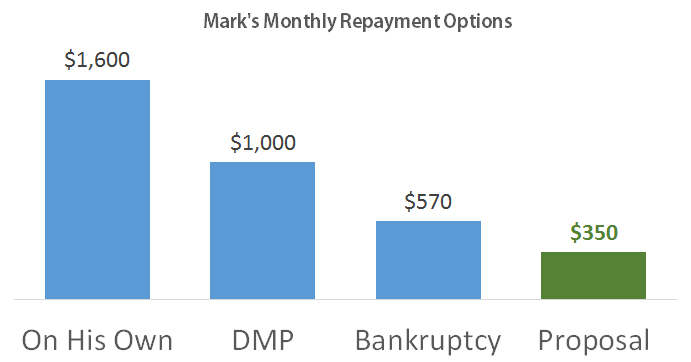 As you can see this is substantially lower than the costs of any other debt relief program. It is for this reason that debt management programs only have a 43% successful completion rate.

In choosing a consumer proposal over bankruptcy, Mark would be making a tradeoff between getting out of debt sooner and lower monthly payments. In doing so his total costs over time are higher compared to bankruptcy yet are still much lower than those in a debt management plan filed through a credit counselling agency.

What this shows is that in most cases where debtors are dealing with substantial debts the debt forgiveness, combined with an interest free repayment period, make a consumer proposal the lowest cost option when comparing debt recovery programs.

It is true that a consumer proposal is not for everyone however if you are severely in debt it is worth exploring. We’re here to explain all your debt relief options and help you choose the right one for you.

We can find the best solution for you.