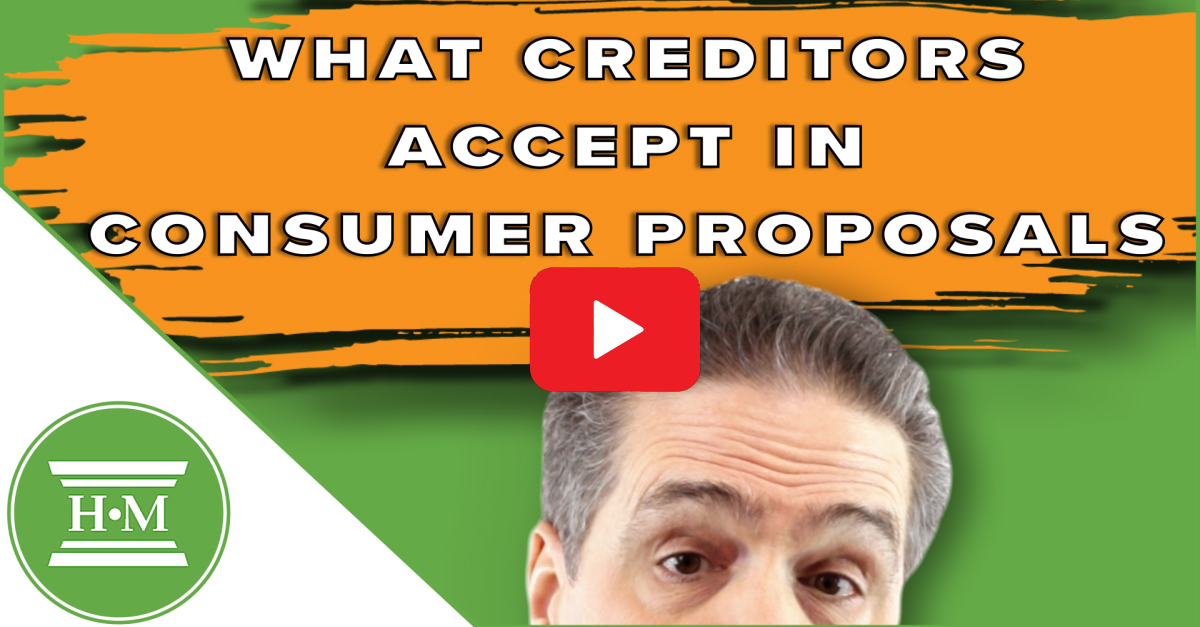 You will want to offer as little as you can and definitely what you can afford.

Your creditors will ask for the greater of two numbers:

The first number is a simple calculation based on bankruptcy rules: how much would you have to pay during a bankruptcy based on the things you own, the money you earn and the number of people that live with you. If you don’t offer to repay at least as much as you’d have to pay in a bankruptcy, then your creditors are better off rejecting your offer in the hopes that you will file for bankruptcy.

It is called a negotiation because you “propose” an offer that your creditors may accept, reject or counter.  Very few offers are rejected ‘just because’.  If they are turned down, it is usually because of some inappropriate activity on the part of the borrower (for example, you borrowed $20,000 to buy a car, but instead you took a vacation to Hawaii) or because they feel the amount you’ve proposed to keep as ‘living’ expenses are a unreasonable.  Frankly, this is rare.

Counter offers occur in only about 20% of all proposals.  Creditors usually only counter offer when they control the voting process.  Voting for or against your proposal is based on your debt.  Each dollar of debt represents one vote and we need half of the dollars to vote in favour for your proposal to be accepted.  When one creditor controls more than half of the dollars they tend to become more aggressive in their voting – they know that if they don’t vote in favour of your proposal it cannot be accepted.  In these cases, the creditors often asked for “a little bit more”.   (I should mention that voting is done by fax and e-mail – face to face meetings with creditors happen in less than 1% of all proposals).

That’s all there is to the process.

Who does the negotiating?

The offer you make to your creditors is yours however your trustee helps by providing advice on what creditors would expect and by communicating your offer to the creditors. We have dealt with thousands of different creditors, all the major banks and financial institutions. From experience we have a pretty good feel for what will fly.

So that get’s us back to the guy that will only cost you a “couple of hundred bucks”. They call themselves debt consultants, credit counsellors, financial planners – they all charge a fee to help you ‘negotiate your debt away’. What they really do is refer you to a licensed insolvency trustee to file a consumer proposal.  The reason they refer you to a trustee is because only a licensed trustee can actually file a proposal for you. Lawyers can’t. Accountants can’t. Certainly debt consultants can’t.

The “rip-off” I referred to at the beginning of this article isn’t the deal they are selling you – that’s real. It’s the fees that they charge. You don’t need a referral to speak to a trustee. Call them up, send them an email, stop by a trustee’s office.

Information about consumer proposals and bankruptcy is free – most trustees (including Hoyes Michalos) will meet with you to discuss your situation and help you develop a plan to deal with your debts for free. The only thing the debt consultant brings to the table is the fact that you answered their ad, instead of going directly to a trustee.