Home » Blog » What Happens at the Meeting of Creditors During My Proposal? 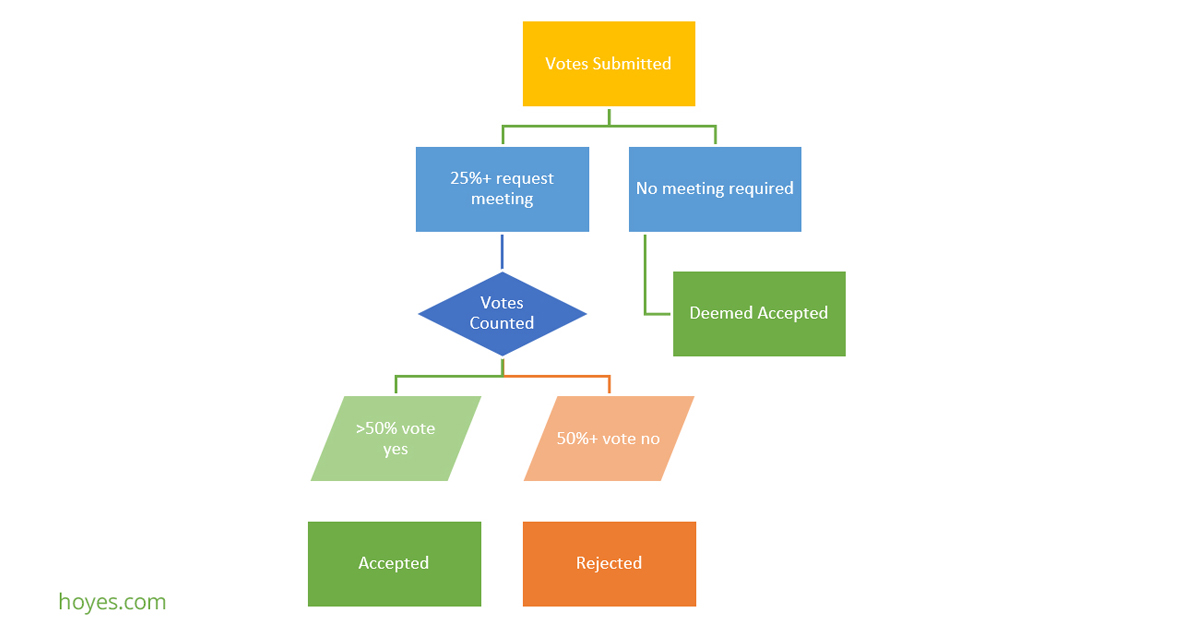 When talking with clients, I often get asked, “Do I have to meet with my creditors?”; coupled with a look of stress or fear.

In most cases the answer is no, but the possibility is always there. Let me explain when a meeting of creditors is likely to be held and what you may need to do if that happens.

When is a creditors’ meeting called in a consumer proposal?

The Bankruptcy and Insolvency Act tells us that the Administrator of the proposal must call a meeting of creditors if:

It’s extremely rare for the government to direct the trustee to call a meeting.  In fact, I have never experienced this in the years I’ve worked with Hoyes, Michalos.

Why would a creditor ask for a meeting?

Interestingly, the only way a creditor can ensure having their voice heard if they don’t like the deal, is to request a meeting.  Voting against your consumer proposal doesn’t count unless a creditors’ meeting is held.

Even if some creditors ask for a meeting, this doesn’t mean there will be one. As we mentioned, at least 25% of creditor claims submitted must come in with a request to hold a meeting before one is needed.

Why are creditors’ meetings important?

In a consumer proposal, creditors’ meetings and the voting process are interlinked.  It’s a two-step process – a request for a meeting and voting for or against the proposal. 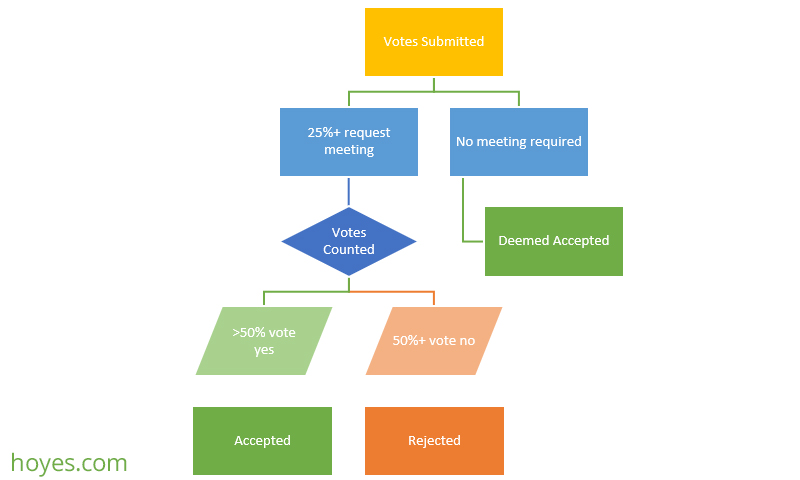 If no meeting is required, votes to accept or reject the deal are not even counted, and your proposal is automatically accepted. Their vote is only ‘counted’ if at least 25% request a meeting.

Let’s look at some examples.

In our first scenario, no meeting is required because Bank A only holds 20% of the vote value which is less than the 25% required to call a meeting. Also, the proposal is accepted as is.

In scenario two, Bank B has enough votes (more than 25%) to require a meeting so one will be called. But because both A and C vote in favour at or before the meeting, the proposal will pass anyway (because they represent more than 50% of the value of the debts).

Scenario three is unusual, but it can happen. Both A and B dislike the offer but neither of them officially calls for a meeting.  Well, in that case, no meeting is called, and the proposal passes, because basically, no one asked for a meeting for the votes to be counted.

What happens at the meeting of creditors?

If one is called, it is rare that anyone even attends the meetings for a consumer proposal. As we mentioned, most creditors who don’t like the deal will ask for a creditors’ meeting just so the votes are counted.

IF a meeting of creditors is called, the law requires that it be booked within 21 days of the end of the voting period – which is almost always more than enough time to negotiate a deal that can be approved.

In most cases, if a creditor asks for a meeting, they will also ask for more money than what was offered.  If they have enough votes to hold a meeting, you have a decision make: accept the new deal or propose some form of middle ground.

If a deal can be reached before the meeting date, then no one need attend.  The new deal can be set up with a single piece of paper, signed and sent into the trustee’s office.  All of this can be done over the phone or email by your trustee.

So, the answer to the question is there could be a meeting, but they are seldom actually held because if we can work out the deal before the meeting, the only person at the meeting will be your trustee.