Home » Blog » Consumer Proposal Vs. Division I Proposal to Creditors 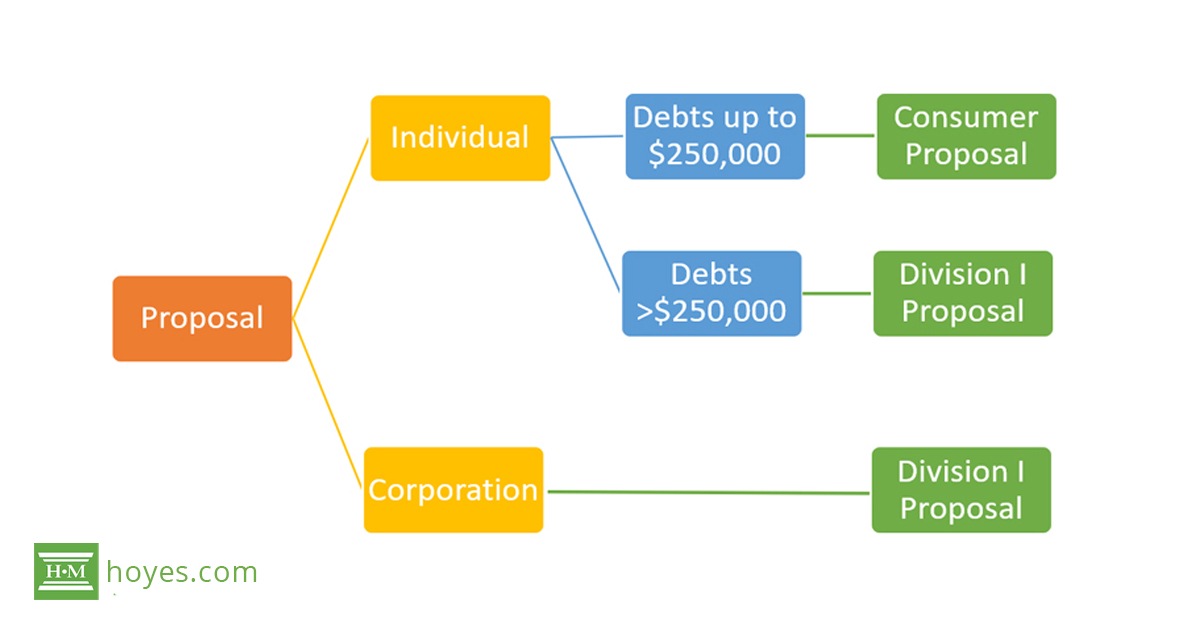 A proposal to creditors is a deal you negotiate with your creditors to repay a portion of what you owe.  In legal terms, a proposal is an arrangement to settle your debts for less than their full amount.

A proposal to creditors is an alternative to filing for bankruptcy.  In most bankruptcies, the creditors receive little or no money back.  In a proposal, the people you owe money to know they will receive something. Something is better than nothing – which is why creditors are willing to consider a proposal.

Consumer proposal: For individuals with debts up to $250,000

Consumer proposal provisions were added to the Bankruptcy & Insolvency Act in 1992 to be used solely by individuals to deal with personal debts.

Division I proposal: For corporations and individuals

A Division I proposal is a procedure to restructure debts under the Bankruptcy & Insolvency Act (BIA), available to both corporations and individuals. 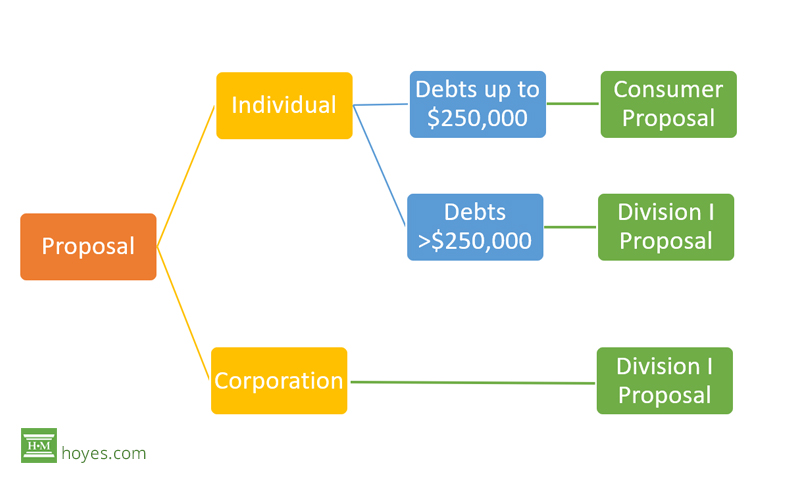 Key differences between a consumer proposal and Division I proposal

While both programs provide a stay of proceedings to stop creditor actions, and eliminate unsecured debts, there are some costly differences between these programs for individuals:

Why file a Division I proposal over a consumer proposal?

While most Division I proposals are for a five-year term, they can, in unusual circumstances, be extended for longer.  By contrast, a consumer proposal is mandated to be completed within a maximum of five years. Both programs can be paid off early.

Both proposal procedures are an alternative to filing bankruptcy. The main advantage over bankruptcy is that the debtor keeps all assets.

The easiest thing to remember is that Division I proposals are used in complicated situations, with high levels of debt. For most people, a consumer proposal is the correct answer to deal with their debts.

If you’re considering filing a consumer proposal to deal with your debt or need more information about the process, contact a Licensed Insolvency Trustee for a free consultation to review all of your options.