Home » Blog » Is a Consumer Proposal the same as Bankruptcy? 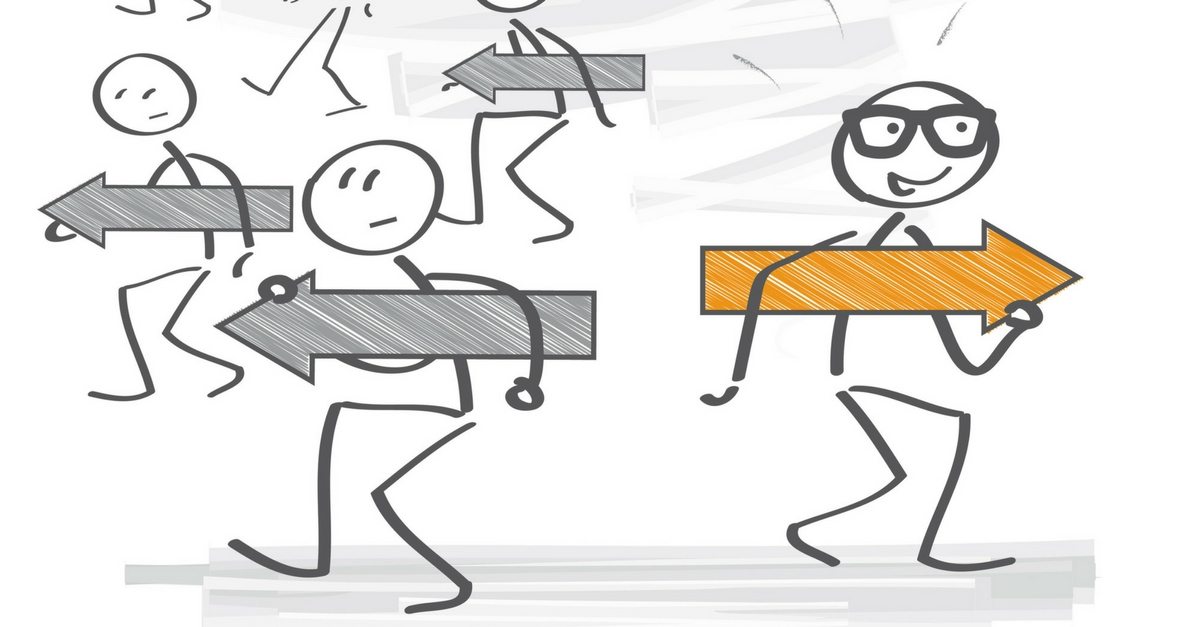 I hear it all the time: why bother going through a five year consumer proposal when you can just go bankrupt and be done with it? 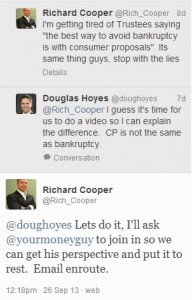 I heard it again on Twitter two weeks ago when Richard Cooper of Total Debt Freedom (a debt settlement company) posted a tweet saying:

I’m getting tire of Trustees saying “the best way to avoid bankruptcy is with consumer proposals”  Its same thing guys, stop with the lies

I don’t think Mr. Cooper was directing his tweet specifically at me (since I have never made that statement), but I took the bait and tweeted back that a consumer proposal is not the same as bankruptcy, so perhaps it was time to shoot a video so we could each explain our position.  We wanted to include a mortgage broker in the discussion, so we picked a time, turned on our webcams and recorded our conversation on a Skype video call.

Our video conversation ran for just over 11 minutes: 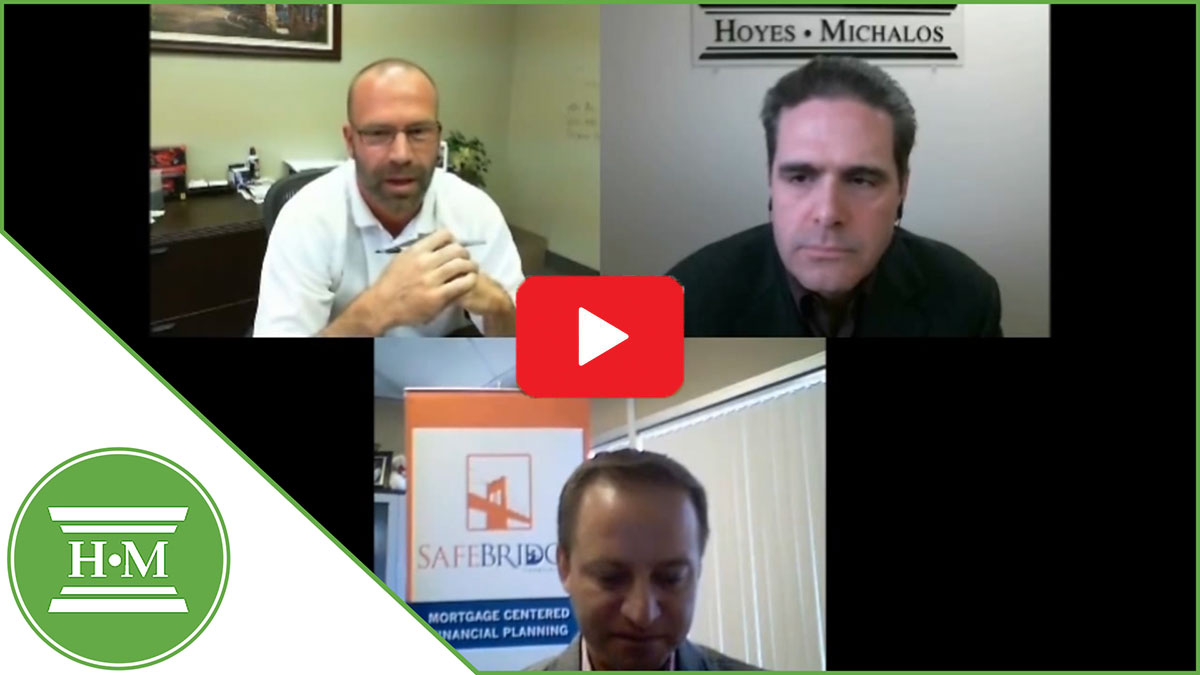 The impact on your credit report may be similar if you are applying for a mortgage, but the two procedures have very different implications.  Let me illustrate with an example:

Fred (not his real name) owes $15,000 to CRA for back taxes from when he was self-employed, and they are garnisheeing his wages at his new job where he is now an employee for $1,000 per month.  He also owes $35,000 on credit cards and other debts.  His goal is to get out of debt, and buy a house some day.  What should he do?

If a consumer proposal and a bankruptcy are identical, the answer would be “file bankruptcy and get it over with”.  Fortunately at Hoyes Michalos we don’t take a “one size fits all” approach.  We reviewed Fred’s situation and determined that a bankruptcy would cost him at least $16,000, calculated as follows:

If Fred had gone bankrupt, he would have had to wait 21 months + 2 years before hoping to qualify for a mortgage.

By paying off the proposal early, Fred only had to wait 18 months + 2 years.  For Fred, the proposal was the correct option, and he was much happier having avoided bankruptcy.

Is a proposal the right choice for everyone?

No.  Fred had a good job, and was able to work overtime.  If he had lower income and no RESP or RRSP, the best option may have been a bankruptcy.  If buying a house was not a goal, the two year condition required by mortgage lenders is not an issue.  (A proposal is purged from your credit report three years after it is paid; Equifax purges a bankruptcy after six years, so in Fred’s case if he paid the proposal in two years the note is off his credit report in 5 years, which is much sooner than the almost 8 years in a bankruptcy.  This matters for all borrowing other than a mortgage).

Each situation is different.

In this video we discussed the case of someone who has debts today, and wants to buy a house in the future.  If you have debts and currently own a house, a consumer proposal is an excellent option, because you can keep your home.  Approximately one third of the people we help already own a home, so if you have some equity, but not enough to qualify to increase your mortgage, a consumer proposal is almost always a the best option.  It’s better than bankruptcy, and much better than debt settlement in most cases.

That was my point in the video: you are unique, so don’t assume that just because your friend picked Option A that Option A is right for you.

Which option is best for you?  Call us at 310-PLAN (no area code required) to set up a no charge, no obligation initial consultation, and we will explain all of your options so you can make an informed decision.