Home » Blog » Options to Pay Off Your Consumer Proposal Early 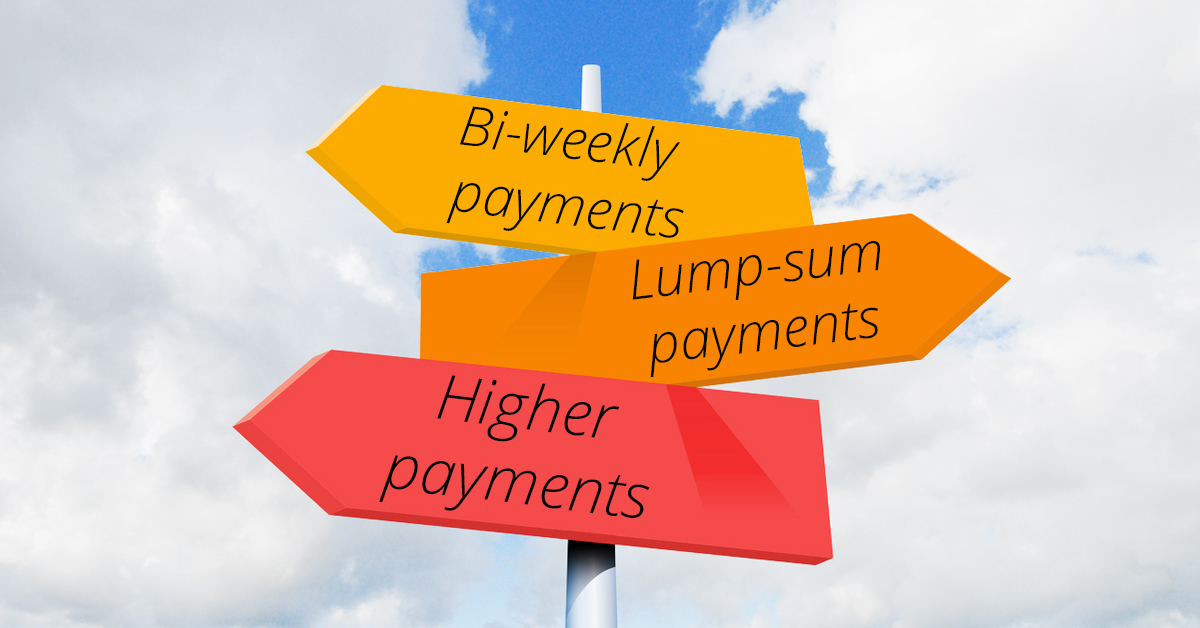 A consumer proposal is a stable debt repayment program because the payments are locked in for the length of the proposal. Creditors cannot change the terms once they agree to your plan.

However, as the debtor, you always have the option to pay off a consumer proposal early.

Why would you do that?  After all, a proposal is like an interest-free loan, so why would you choose to pay it off faster?  Most people don’t. However, the one advantage of paying off a consumer proposal early is that your proposal information will purge from your credit report sooner, which will help rebuild your credit score quicker.

Many people like to get ahead a payment or two in case an emergency comes along. They find they can’t make a payment that month.  Missing three payments means that your proposal will be annulled, which is not good since that brings back all the debts you are trying to eliminate.

For full disclosure, as a consumer proposal administrator, I get paid a percentage (based on a government set tariff) of the proposal payments we distribute to the creditors.  The faster you pay, the faster I get paid, although it does not change what I get paid in total.

We don’t push our clients to pay off a proposal early. We would far rather see you have a healthy monthly budget during the life of the proposal than stress about paying it off quicker. However, things can change, and there are options to pay off your proposal early.

If your proposal payment is $200 a month for 60 months, you may consider paying $100 biweekly instead of $200 a month.  By opting to pay $100 biweekly, you are making one extra monthly payment per year. Instead of being finished in five years, you would be finished five months early, in four years and seven months.

If you earn more money or pick up a part-time job during your proposal, you may have some extra cash to put towards your proposal. If your proposal payment is $200 a month for 60 months, you may consider paying $225 a month instead.  By opting to pay $25 extra per month, you are paying an extra $300 per year shortening your proposal time by over seven months.

If you receive a tax refund or a bonus from work, consider making a lump sum payment which will reduce the length of your proposal.

A consumer proposal is the debt relief option of choice for those with some equity in their home but not enough to be able to refinance and pay off unsecured debts such as credit cards and lines of credit. Most want to keep their home and so choose to make a deal with their creditors to make monthly payments equivalent to the equity. However, what happens if your situation changes? Perhaps you are relocating, or perhaps it’s time to downsize. At some point during your proposal, you may decide to sell your home to pay off your consumer proposal early.  Selling your house is allowed since you are in control of your assets when you file.

Should you cash in your RRSP to pay off a consumer proposal early?

This option is a complicated one, much like the decision of cashing in an RRSP to pay down debt. There are several financial consequences to consider.

Generally, we do not recommend this option unless there is a very critical reason why you need to borrow in the very near future and therefore want to pay off your consumer proposal now.

Should you get a loan to pay out a consumer proposal?

It may be hard to believe, but some companies do offer to loan you money to pay out your consumer proposal. They promote consumer proposal loans to get a jump start on improving your credit score.

Sounds good, so what’s the problem?  The problem can be summarized in one word: interest.

With a consumer proposal, there are no interest payments.  With a loan, obviously, you are paying interest. Even if the lender proposes to leave your monthly payments the same as they are today, you still must pay interest, which means you will be making payments for much longer.

In general, when considering whether to borrow to pay off a proposal, we recommend that you crunch the numbers. Ensure that you are not paying interest rates of 20%, 30% or more for the life of the loan.  There are reputable mortgage brokers who can help you build a credit recovery plan, but an unsecured loan is generally not the way to go.

A consumer proposal should offer you a fresh start, not a way to get back into debt, and there is no need to stress your finances if you don’t need to.