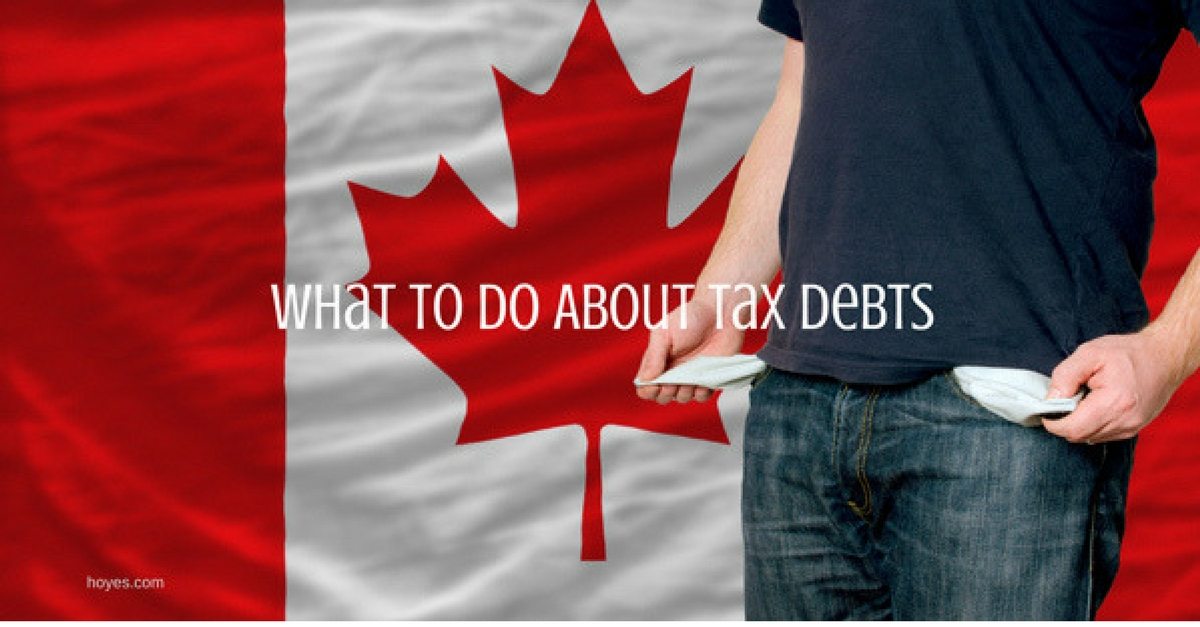 As a licensed insolvency trustee, I meet with a lot of people who owe money to the Canada Revenue Agency (CRA). Though you can settle taxes in a consumer proposal or eliminate them by filing personal bankruptcy, there is an assortment of considerations that are unique when trying a tax debt settlement with the tax man. In this article, I will review the special collection powers that the CRA has, the options for making a settlement arrangement or filing bankruptcy when you have CRA debts, and what CRA is looking for in terms of a tax settlement amount.

CRA Collections: What Can CRA Do?

The most common collection activity is for the CRA to garnishee your pay cheque or freeze your bank account. Other types of creditors can do this as well, but there is a difference. For other creditors, obtaining a garnishee order from the courts typically takes several months with a variety of notices being sent to you. With the CRA, the authority comes from the Canadian Income Tax Act. All that is required is the review from the proper authorities in your local tax services offices. No court review is required.

If you are self-employed, perhaps you are not worried about a wage garnishee. However, the CRA can send a notice to the company that contracts work to you. Upon receipt of such a notice, the company is required to send to the CRA the money that would be otherwise paid to you for the work you have done.

The final CRA collection tool that I will mention is the statutory CRA tax lien. Basically, the CRA has the right to register a lien against your house without your consent. It’s kind of like having a second mortgage.

Negotiating Payments on Your Own

The first option with any debt is to attempt to negotiate repayment terms. The CRA is no different. If you are trying to make a payment arrangement with the CRA you can expect to receive a questionnaire requesting you to outline your monthly living expenses. This is an attempt to determine how much you can reasonably afford to repay on a monthly basis. Be aware, you will be required to pay back all tax debts and may or may not receive a reprieve from penalties and interest depending the Canada Revenue Agencies perception of how bad your personal financial situation is and what caused you to fall behind on your taxes in the first place.

Ultimately, you’ll be able to keep up with the required payments or not.

If the time for negotiation has run out and you can’t pay the CRA, you have to seriously consider options that provide legal protection of your wages and assets. The legal means to stop CRA collections is to file a consumer proposal or personal bankruptcy. Both of these options requires the assistance of a licensed insolvency trustee.

Contrary to popular opinion, income tax debts are included in a consumer proposal or personal bankruptcy.

However, each of these options for tax debt relief have special considerations with respect to the CRA and the settlement of tax debts.

A consumer proposal is a formal method to settle tax debts where you can negotiate an agreement with CRA to pay less than the full amount owing. In fact a consumer proposal is the only method by which you can obtain CRA debt forgiveness.  A tax lawyer can help you make payment arrangements, dispute an assessment and perhaps help reduce interest and penalty charges, but they cannot help you if you can’t pay the underlying tax debt itself. Here, only a Licensed Insolvency Trustee can help with back tax settlement.

How much will the CRA accept?

Every situation is different.

For debts like credit cards and lines of credit, banks will often agree to a accept where repayment terms where you pay 25% to 30% of the debt. With the CRA, your cra settlement payments may be a little bit more unpredictable. The Canada Revenue Agency will consider factors like your budget, if there has been a prior proposal or bankruptcy, if you made every effort at payment, if your returns were filed on time, as well as the risk of you incurring tax debts in the future. Trying to estimate a certain settlement percentage for taxes debts is folly as the CRA collectors take each proposal on a case by case basis.

If the CRA is one of your smaller creditors you have less to be concerned about. A proposal is binding on all creditors, including the CRA, as long as the majority, by dollar value, accept the proposal. Even if the CRA votes no, if more that 50% of creditors who make a claim in your proposal vote yes, your proposal is accepted and your tax debts are included.

If your tax debts are high, form a large percentage of your creditors, CRA may request further consideration. That’s where, as Licensed Insolvency Trustees, we can advise you on what CRA is likely willing to accept and how much to offer as a tax settlement.

With bankruptcy, there are two special considerations that I want to highlight.

The bottom line is that the CRA has a lot of extraordinary powers to collect debt. Even though they are often slow to react, it does not mean the threat is not real. If you need help with tax debts, contact us to discuss your tax relief options.