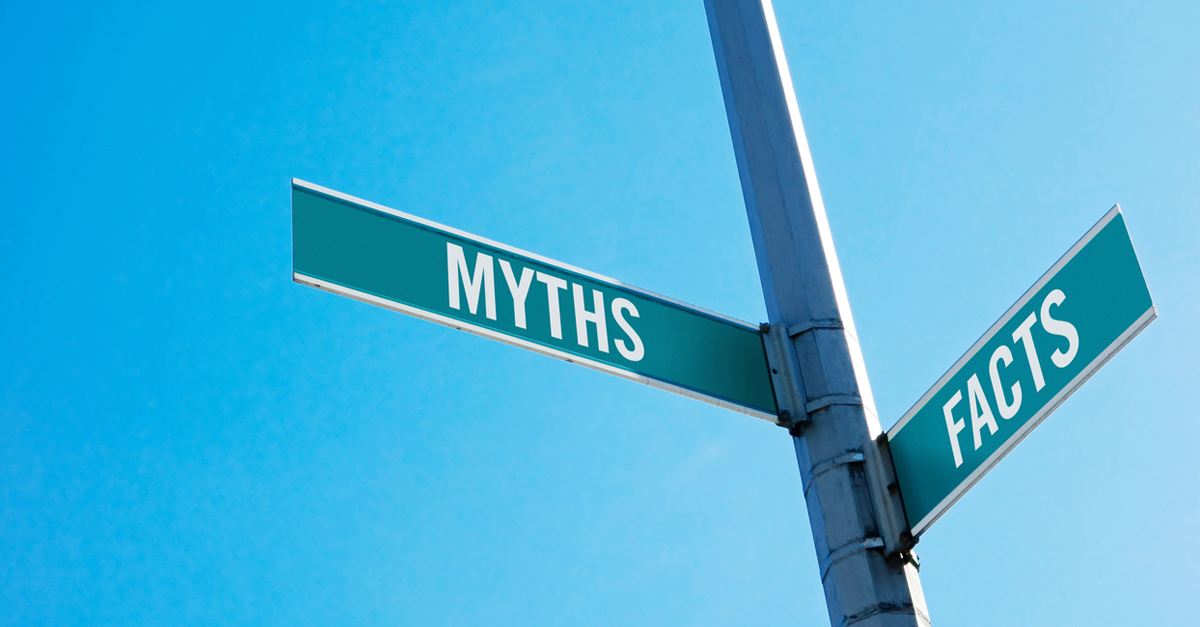 I’ve seen and heard many false comments about consumer proposals over the years. Despite these misconceptions, a consumer proposal has become the debt relief option of choice for people facing debt problems. Unfortunately, that doesn’t mean that everyone is aware of what is a myth and what is a fact.

Where does this myth come from?

Myth #3: “Trustees make more if your proposal is higher, so they have a conflict of interest.”

As I mentioned, a trustee is paid when money is distributed to the creditors, however, if the proposal fails, there is no money available to distribute. The trustee’s motivation in a consumer proposal is to find a common ‘sweet spot’ – a number high enough that the creditors will likely accept and a number low enough that it is affordable for you to pay each month. Knowing the sweet spot is based on a lot of experience working with both creditors and debtors, which consumer proposal administrators have. If the proposal does not work for either you or the creditors, the trustee won’t be paid. If you can’t complete your proposal payments because they are too high, the trustee won’t get paid.

Myth #4: “A consumer proposal is worse for your credit.”

It’s true that when you file a consumer proposal, a note will appear on your credit report and remain there for three years after the proposal was completed. However, a proposal is no worse for your credit that working with a credit counselling agency. Leaving out the fact that a debt management plan also gets reported on your credit score for up to three years after completion misleads people into believing that a consumer proposal is worse for your credit. I’ve seen many comments on Reddit and had calls from people who were unpleasantly surprised to find out that the debt consolidation program they entered into, with a credit counselling agency, appeared on their credit report. Don’t let lack of information sway your decision.

A consumer proposal can last up to a maximum of 5 years.  Proposals can range from 1 month to 60 months, and the length will depend on how quickly you think you can repay your proposal. Furthermore, you can pay off a consumer proposal as fast as you like – if you make extra payments at any time, it will reduce the length of the term of the proposal. Learn more about your options to pay off a proposal early.

This is a favourite scare tactic of credit counselling agencies. They like to point out that when you file a consumer proposal, it is registered with the federal government and as such will appear on the government’s database of insolvency filers. While it is possible to search the bankruptcy and insolvency records, someone must think you filed first (to enter your name), and they must pay for the privilege. The details provided once you do a search are also very limited. No information about your proposal arrangement appears on this record.

By the way, the fact that your proposal is registered with the government is a benefit to you. This is what provides you with the legal stay of proceeding that stops creditors from pursuing you for collection. Credit counsellors can’t offer this protection.

Myth #6: “You will have to sell your house or other secured assets.”

Nothing could be farther from the truth than that statement. A consumer proposal does not deal with secured creditors. If you can keep up with your monthly mortgage, you can keep your home. The same applies to your car loan. No trustee will force you to sell your home or car. In fact, the number one advantage of a consumer proposal is that you get to keep all assets.

Filing a consumer proposal can make keeping up with your mortgage or car loan more affordable. This is because you’ve eliminated other debt payments. If you fall behind on your secured debt payments, lenders can enforce their security rights. However, it’s more likely that you could miss payments before you file a proposal. By filing a proposal, you have more cash flow each month, which means more money to make sure you don’t miss a loan payment.

If you still can’t afford to keep up with your secured debt payments, you can, if you want, choose to surrender the asset and let the creditor file a claim in your proposal for any shortfall. However, this choice is entirely up to you.

Another common misunderstanding. If your proposal is not accepted by your creditors, you are not declared bankrupt. You can work with creditors to negotiate an acceptable deal. At Hoyes, Michalos we have a 99% consumer proposal acceptance rate.

If you fall behind a total of three proposal payments, your proposal will be deemed to be annulled. You are still not bankrupt. An annulled proposal simply means you are back where you were, owing your creditors. At Hoyes Michalos, we work with you to help you catch up so the risk of an annulled proposal is small.

Not true.   One big difference between a consumer proposal and bankruptcy is that in a proposal, you don’t assign control of your assets to the trustee.  A consumer proposal makes a lot of sense if you have an asset that you’d lose in a bankruptcy that you don’t want to lose.  Examples of assets you could lose in a bankruptcy include equity in your house, equity in your car, investments such as savings bonds, or an RESP.

Not true.  At Hoyes Michalos & Associates, approximately 99% of consumer proposals filed are accepted by the creditors.   Although creditors have the right to reject a proposal if they see fit, it’s rare for them to do so if they’re satisfied the proposal is going to return them a greater financial benefit than they’d receive if you were to file bankruptcy instead.  What creditors are increasingly not accepting is debt settlement offers put forward by unregulated, unlicensed debt consultants and debt settlement firms.

A consumer proposal deals with most unsecured debts, including tax debts owing to the Canada Revenue Agency and student loans if you have been out of school for seven years.  Credit counselling cannot help with either of these debts.

Myth #10: “You can talk to a credit counsellor about a consumer proposal.”

As a Licensed Insolvency Trustee, our job is to provide you with the best, and most affordable, option to get out of debt.

The key is that you consider all debt relief options when you have a debt problem.  Don’t jump to conclusions and assume that because a family member, a friend or colleague picked one option that the same option must also be the best for you too.   Do your research, call a professional, and make sure you feel confident that all your options have been explained to you before you decide what to do.