Home » Blog » Bankruptcy Advice Should Come From A Trustee 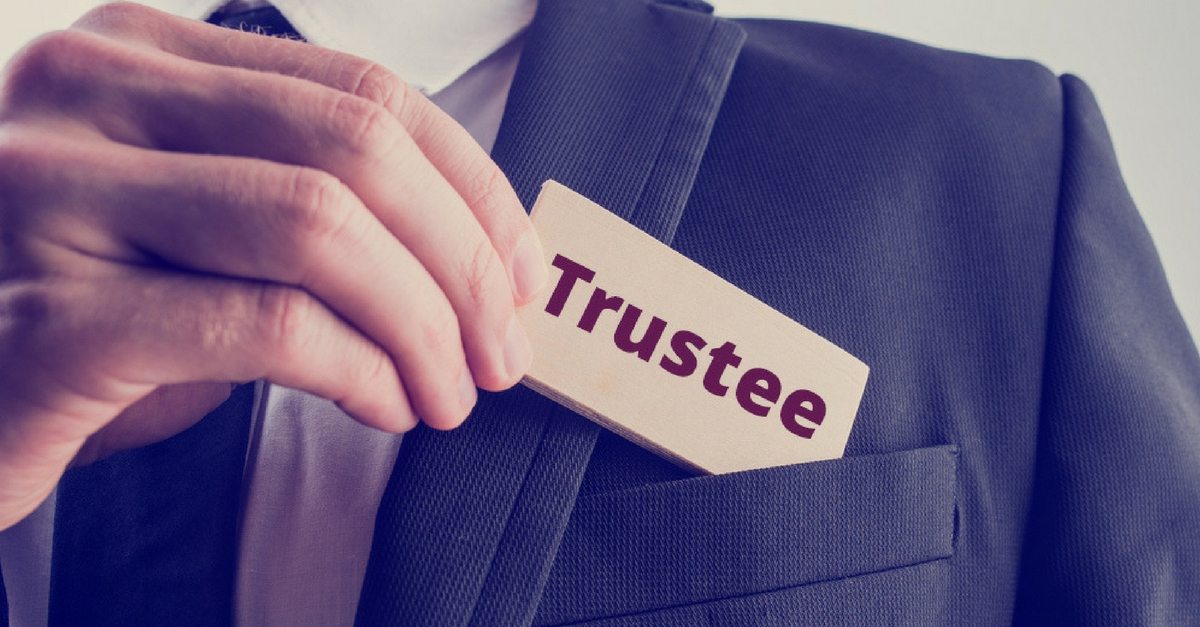 The world is an interesting place and if you can imagine something, then someone, somewhere can find a way to sell it to you; even if the information is available for free.  Really.

A not so little industry has been created in the last decade made up of people who, for a fee, will explain to you everything they know about bankruptcy law. They call themselves Debt Consultants and Credit Counsellors but they are not licensed trustees in bankruptcy (now known as Licensed Insolvency Trustees).  If the fees were modest and the advice was accurate, then I wouldn’t mind.  Unfortunately, the fees are not modest and the advice is frequently wrong.

In the interest of full disclosure, I need to tell you that I am a chartered professional accountant and a licensed insolvency trustee so I have a definite bias about who you should talk to for bankruptcy advice. Not surprisingly, I think the advice should come from the right bankruptcy trustee and here’s why.

Only Trustees Can Administer a Bankruptcy or Consumer Proposal

Trustees are licensed by the federal government to administer proposals to creditors and bankruptcies in Canada.  No other professional, other than a Licensed Insolvency Trustee, may do this.

Because lawyers and accountants cannot provide these services very few of them have detailed knowledge about proposal and bankruptcy law.  They may have a general knowledge of the concepts, but lack specific details for how the law may affect you, if you decide to file. Every individual situation is unique, and only someone with qualifications and experience can provide advice tailored to you.

Most professionals recognize they have limited knowledge in these areas – their advice will be to call a trustee. Unfortunately, debt consultants and many for-profit credit counsellors take the opposite approach. Since they have some knowledge of debt management options, many feel this gives them license to give out bankruptcy advice.

When you meet with them, these debt consultants will likely know more than you do and therefore they may come across as knowledgeable and helpful.  In reality, debt consultants prey upon common fears: your wages will be garnisheed, your house will be taken away from you, your family and friends will find out about your money problems, and often their final pitch — trustees are not on your side.  The advice these people provide is designed to convince you that your only hope is to follow the plan they lay out for you, including paying them a fee before they will refer you to their “guy” to solve your financial problems.  Their “guy” is often called an officer of the court or a government expert.  The truth is their “guy” will be a licensed trustee since, as I mentioned earlier, only a trustee can help you file a consumer proposal or bankruptcy.

Watch the video below for more information about for-profit financial consultants: 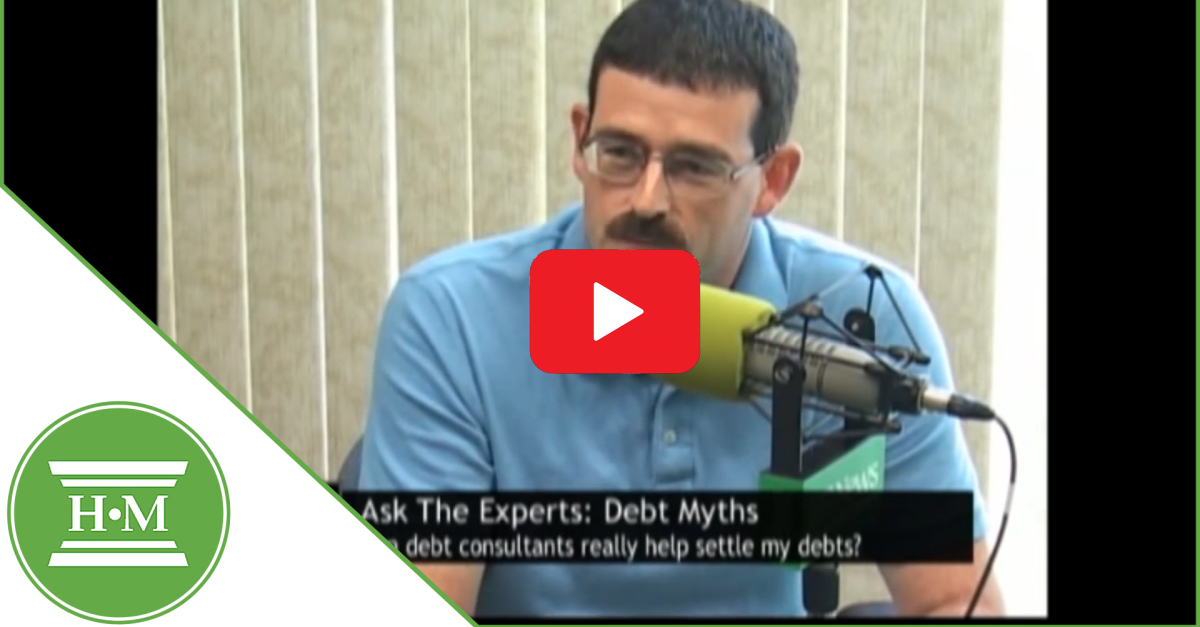 Interviewer: I’m going to fire the next one at Ted because it will infuriate him.

Interviewer: We’ve all heard advertising from debt consultants saying that they can consolidate, settle, negotiate your debts, now can they really help or is that a myth?

Ted: Well yeah, the normal line is ‘we can reduce your debt by 70%, we don’t represent your creditors, we represent you, we can help you work out a plan’. I’m not sure where to start with these guys, they just drive me crazy. 1 out of every 4 people in the GTA now are paying a fee to one of these debt consultants, 1 out of every 4. And so, what they do, is they run these ads, preying upon people that are already in financial difficulty. You’re already having trouble paying your bills, and they say ‘well sit down with us and we’ll talk about your situation’ and what they’re doing is they’re crafting their sales pitch. And the sales pitch is, ‘you know what you should do? You should file a consumer proposal, to file a consumer proposal you need to go see this guy’. And now they’ll tell you that guy’s name after you’ve paid him the fee. And earlier I said it was sometimes hundreds, sometimes thousands, I’m not kidding, literally. For the average individual the fee is somewhere around fifteen hundred dollars. And so, they’ll meet with you 2 or 3 times, usually takes anywhere between 4-6 weeks because most people don’t have $1500, and as soon as your last cheque is cleared, ‘now you need to go see this guy over here and he’ll file a proposal for you’. It just drives me nuts.

Interviewer: Ok so we know where Ted stands on this, Doug what are your thoughts, is Ted right?

Doug: Yeah, I’m afraid Ted’s right on this one, I would have to agree with him on this one. I remember meeting with a lady a number of months ago who had been paying them $750 a month, for 9 months by the time she came to see us and they still hadn’t called her creditors or anything. In fact, she had never actually met with them in person. It was all done over the phone; I don’t think they were even in the province.

Ted: Is this one of those Internet – sorry these guys – you’re doing this on purpose now okay –

Doug: But it’s true, you don’t even – I mean at Hoyes Michalos you actually get to come in and meet with a live person, you know, more than once, whereas these guys are all you know potentially over the internet on the phone whatever. I’ve got 3 big problems. The 1st one is they aren’t regulated by anyone. So, Ted and I have a licence from the federal government to do consumer proposals. I went to university, when I finished university, I spent another 3 years to become a chartered accountant and after that I spent another 5 years to take all the courses to become a licensed as a trustee and bankruptcy. Anybody can become a debt consultant by hanging out a shingle. Now, I’m not saying that they’re all bad, they’re all evil, what I am saying is before you deal with somebody ask ‘who are you regulated by? Who are you licensed by?’ There are not for profit counsellors here in town who are great. They are a member of the Ontario Association of Credit Counsellors who monitor what they do, so I’ve got no problems at all recommending people like Mosaic Family Counselling here in Kitchener, Guelph Family Counselling in Guelph, Brantford Family Counselling in Brantford, they’re all great people. But when you talk with one of these for-profit guys, okay who exactly regulates you? A lot of them, amazingly enough, are regulated by the Collection Agencies Act. They are actually licensed as collection agents, because that’s the only licensing body there is. So, do I really want to deal with a guy who really is a collection agent? Well probably not, so that’s problem number 1. Ted already mentioned problem number 2, which is these huge upfront fees. And I agree with Ted, I think $1500 is kind of the normal number that you see, and it can be a lot higher than that. 3rd big problem is there is no legal protection from anything that they do. When you file a consumer proposal with us, you instantly get legal protection, nobody can sue you, garnishee your wages until a proposal is decided upon. With these guys, Ted’s right, they tell you ‘hey you know, don’t pay your creditors for a while, we’ll work something out’, in the meantime of course you run the risk of them taking you to court, suing you and garnishing your wages, so I agree with Ted it’s a problem.

Ted: the part that will drive people crazy, at the end of the day, you’re going to have to deal with a Trustee to file a consumer proposal. That’s what we do, that’s what we’re licensed to do, lawyers can’t do it for you, non-profit agencies, none of these other guys can. So, does it make a lot of sense to pay somebody else a fee before you come and see me? No.

Doug: there will be no upfront fees when you come to see us, it’s as simple as that. Now it’s not just because Ted and I are good guys, I mean we realize you don’t have any money, you’re in debt that’s why you’re coming to see us. But we are regulated by the federal government, and one of the terms of our license is we’re not allowed to charge any upfront fees. So, that’s why there won’t be any. So, if you’re talking to someone over the phone from British Columbia, who you’ve never met with and they want $1500, you’ve really got to ask yourself some questions. So do your due diligence, go to their website, go to the Better Business Bureau see what’s there. You know, find out who you’re dealing with before you start parting with your hard earned money.

What you are never told is that the licensed trustee would have met with you for free and explained your options in greater detail. Licensed Insolvency Trustees are required by law to review all of your debt relief options, not just sell you a proposal or bankruptcy.  I know in our own practice, the vast majority of people that contact us do not need to file either a proposal or bankruptcy.  In most cases, they need some frank, but friendly advice on how to re-organize their finances to get out of financial trouble.

I am not telling you that the only place you should seek financial advice is from a licensed trustee.  What I am saying is that if you think you need specific advice regarding filing bankruptcy or a consumer proposal, you should speak directly to a licensed insolvency trustee.  Only a licensed trustee can provide these services, so paying a fee to anyone else before you speak to a trustee is simply a waste of time and money.

If you are wondering who to contact, I encourage you to read more about Hoyes Michalos and our 11-point promise to our clients. Then, when you are ready, book a free consultation where we give you options to be debt free.