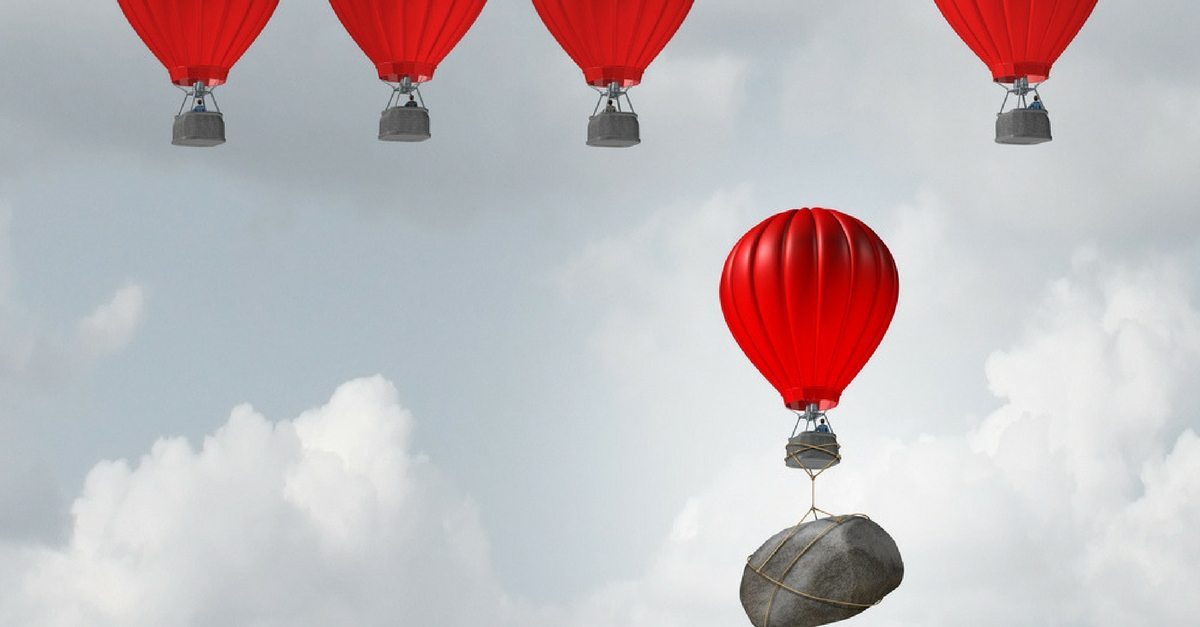 The Cash Store’s problems continue, as they have now filed for bankruptcy protection (under the CCAA, a form of bankruptcy protection used by large corporations).  They are now likely to be de-listed from the Toronto Stock Exchange.  The Cash Store will apparently “stay open for business”, but that will not include making loans in Ontario, which they are currently prevented from offering.

You don’t need to be a stock market analyst to understand the severity of the current financial state of Cash Store Financial Services Inc. As you can see from the chart below, Cash Store shares have dropped from around $19 in early 2010 to a low of 60 cents on Friday.  That’s a big drop. 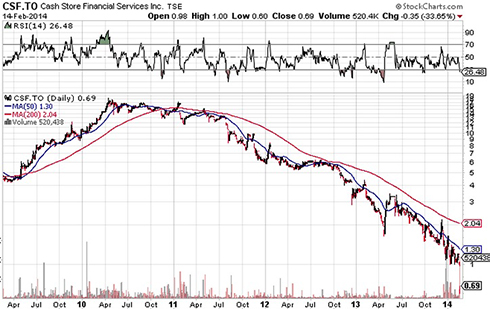 The only payday loan lender listed on the Toronto Stock Exchange, the Cash Store operates 510 branches across Canada under the “Cash Store Financial” and “Instaloans” brands.

Payday lending has become a less profitable business due to recent legislative changes.  Payday lenders are limited in what they can charge (no more than $21 for every $100 payday loan), and they are no longer permitted to continually “roll over” a loan.  This happens when the borrower pays off one loan by taking out a new loan.

To counter this new legislation, Cash Store began offering short term lines of credit, in the hopes that these types of loans would not be subject to the payday loan rules. The Province of Ontario took a different position however claiming that despite the name change, debtors were effectively using these as payday loans.

Basically, Cash Store Financial has come under the microscope of the Province of Ontario. This began with a charge, and subsequent guilty plea by Cash Store, to operating as payday lenders without a license in Ontario. Then the province made a claim that these new ‘lines of credit’ were effectively payday loans in disguise.

The Ontario Superior Court of Justice agreed with the Ministry of Consumer Services and in a ruling released on February 12 prohibited them from acting as a loan broker in respect of its basic line of credit product without a broker’s license under the Payday Loans Act, 2008 (the “Payday Loans Act”).

The Province is taking this one step further by stating that they want to deny new licenses to Cash Store Financial Services. According to a recent press release:

It would appear that, for now, the Cash Store is not permitted to offer any payday loan or line of credit products in Ontario.

So what’s my take on this?

I am not a fan of payday loans.  They are very expensive.  Even with the new rules, a payday lender can still charge you $15 for every $100 you borrow, so over a two week loan that’s almost 390% in annual interest.

I’m pleased that the government is enforcing the rules, but I don’t think you need the government to protect you from payday lenders.  You can protect yourself, quite easily, by following this one simple step: Never take out a payday loan.

If you have a short term cash crunch, talk to your creditors about deferring your payment until the next payday; that’s a lot cheaper than paying 390% interest.

If you have more debts than you can handle and you are already on the payday loan treadmill, give us a call immediately, and we’ll show you how to get help with payday loans and get off the payday loan hamster wheel.

10 comments on “Cash Store Payday Lender Having Some Problems”