Home » Blog » Why Does The Court Have To Approve A Consumer Proposal? 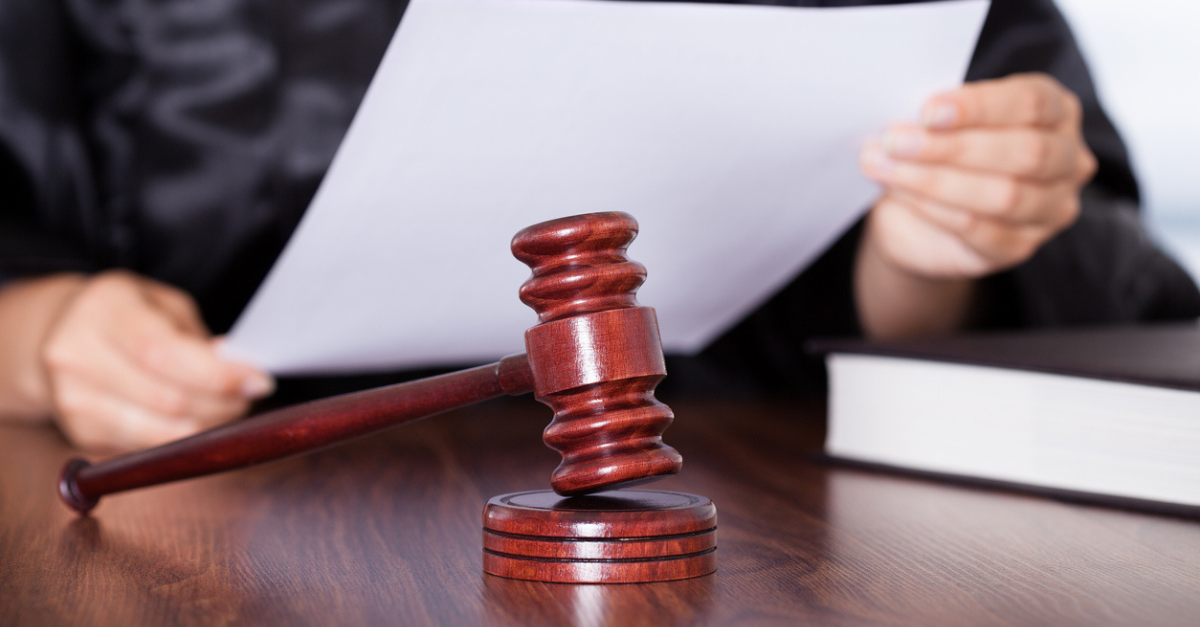 A consumer proposal is a legal procedure filed under the Bankruptcy and Insolvency Act (BIA) and, as in most cases involving the law, the courts are involved. How involved depends on the situation and what type of proceeding you are filing. In this post, I’ll explain how a consumer proposal is approved by the court and when you may need to attend.

Does a consumer proposal get filed with the court?

While all proposals are approved by the court, filing paperwork with the court is not automatic and is not always required.

The BIA provides two types of proposals for Canadians to eliminate debt: a Division I proposal and a Division II proposal, commonly known as a consumer proposal.

A consumer proposal was designed to be a simpler debt solution for individuals with debts of $250,000 or below, excluding a mortgage on a principal residence. As a result, the courts are only involved in a consumer proposal if needed, specifically when a request has been made for the court to be involved by the creditors, the licensed insolvency trustee or the official receiver.

When is the consumer proposal approved?

If consumer proposal documents are not automatically filed with the court, how is the deal approved by the court?

There are actually two approvals that are required in the proposal process, firstly from the unsecured creditors and secondly from the court.

Creditors can also vote against or reject a consumer proposal, although this is rare. Consumer proposals are usually accepted as filed and negotiations can take place between you and your creditors with the help of your Licensed Insolvency Trustee to gain a positive vote. At Hoyes, Michalos 99% of the proposals we file on behalf of our clients are accepted.

Once a consumer proposal is (deemed) approved by the creditors, there is a 15-day waiting period to allow an interested party or the Office of the Superintendent of Bankruptcy to request the court to review the proposal. The consumer proposal is deemed to be court-approved on the expiration of the 15th day if no one has asked the court to review it.

An interested party or the Office of the Superintendent of Bankruptcy (OSB) can request the court to review the proposal before it is deemed court approved. This does not happen often. Some examples of why a court would be requested to review the proposal would be if an interested party (a creditor, LIT or Official Receiver on behalf of the OSB) is aware that there are errors of omission in the documents or if they believe the terms are not appropriate or fair.

If the proposal is reviewed and approved by the court, it is court-approved the day the court hears the matter and makes its order.

Will I have to go to court?

As most consumer proposals are deemed-approved, a court hearing is usually not necessary. However, if a hearing is requested you may need to attend. Your trustee will appear in court to answer any questions but the court may have questions for you directly.

With the courts increasing their usage of video, courts are now more insistent that people attend court. It is also advisable for you to attend court as you will want to ensure you provide the court with any necessary information about your financial situation to ensure your proposal is approved so you can clear your debts.

The court will hear from the Licensed Insolvency Trustee, you, the consumer debtor, and any interested party. If the court determines that the terms are fair and reasonable and there is no evidence of wrongdoing on your part, it will approve the proposal.

If the situation is complicated, you may wish to retain independent legal counsel. Your LIT is the Administrator of the Consumer Proposal and an officer of the court and as such must present the proposal and cannot advocate on your behalf.

What court is involved

If the court is required to adjudicate a matter, the process begins with the provincial or territorial court where the proposal is filed. For example, for a consumer proposal filed in the Province of Ontario, the Superior Court of Justice hears personal bankruptcy or proposal matters.

The Courts of Appeal can hear appeals related to insolvency matters. And finally, as the highest court, the Supreme Court of Canada has jurisdiction to hear and decide matters brought before it.

For the approval of a proposal, it will be heard by a Superior Court justice.

Can the court reject a consumer proposal? Why would a judge reject a proposal?

Yes, a court can reject a consumer proposal, even one that has been accepted by the creditors.

The court can reject a consumer proposal if:

Again, this only happens if a court hearing is requested. If no request is made within 15 days of a deemed approval by your creditors, the proposal is automatically deemed approved by the court.

What does court approval mean?

Court approval means that the court has ensured that the requirements set forth in the Bankruptcy and Insolvency Act have been adhered to.

Before court approval, you can withdraw your proposal and then file another proposal on the same debt at a later date. Why would you do that? Well, for instance, if you thought it had been more than 7 years since you stopped being a student but learned that it was actually only 6 years and 9 months, you can withdraw the proposal and refile it after the 7-year mark. We do encourage everyone who has student loan debt to call Canada Student Loans to ensure their end of study debt.

Creditor approval is the first approval required for your proposal to move forward. A consumer proposal is an offer to your creditors to settle your debts, therefore the creditors have the right to agree or disagree with your offer. Creditors are agreeing to the terms as you set them out or they negotiate for an offer that they would find acceptable. Court approval is the court approving that the proposal has met the requirements of the Bankruptcy and Insolvency Act. An LIT is required to ensure your proposal follows the BIA requirements. If a proposal is deemed court accepted and an interested party notices that the requirements are not met, that party can request that the court annul the proposal on those grounds. The court and/or Superintendent of Bankruptcy would review the LIT’s actions if the LIT failed to include the basic requirements of a consumer proposal.

When else might the courts be involved in my consumer proposal?

The court can be involved in the approval process but it can also be involved during the proposal.

Any interested party or the Office of the Superintendent of Bankruptcy can request the court look at the proposal at any time.

For example, there are certain rights limited under the Bankruptcy and Insolvency Act, such as a secured creditor cannot change the terms of a loan agreement solely because a consumer proposal has been filed. The court can declare that this section does not apply or applies in a limited capacity if it can be proved that the creditor will be caused significant financial hardship because of that section. However, this is very rare.

Two more common reasons when the court is involved during a proposal are:

A proposal is deemed annulled when 3 monthly payments have been missed, or 3 months have passed since your payment was required to be made if you don’t pay monthly. This happens automatically without the court. However, the court can annul a proposal when there has been a default made in the performance of any term of the proposal, where it appears to the court that the debtor was not eligible to make a consumer proposal, where the court feels the proposal cannot continue without injustice or undue delay, or that the approval of the court was obtained by fraud. The court can also annul a proposal if the consumer debtor was convicted of an offence under the Bankruptcy and Insolvency Act.

If a proposal is deemed annulled because you’ve missed three payments, talk with your Licensed Insolvency Trustee. If the timeframe has passed for an automatic revival to occur, your LIT may apply to court to revive the proposal as long as you weren’t bankrupt when you filed your proposal and as long as your LIT considers it appropriate to do so. The court will then review the matter and if it determines that a revival is appropriate, it will make an order to that effect.

What is the consumer proposal application process?

To file a consumer proposal you need to meet with a Licensed Insolvency Trustee (LIT) for a free consultation. You and your LIT will review your financial situation and make sure a consumer proposal is your best debt relief option to deal with your debts. They will review your budget to help you make an offer which is affordable to you and likely to be accepted by your creditors. Terms of the proposal can include a lump sum payment or monthly or periodic payments over a period of time of no more than five years.

Your LIT will gather information from you, prepare your documents, and meet with you to sign them. The LIT will then file these documents with the government and send a copy to your creditors.

As noted previously, your creditors vote to accept or reject your proposal. Your LIT will count the votes and notify you of the result.

In addition to making your required payments, you will be required to attend two credit counselling sessions.

A consumer proposal provides a stay of proceeding which can stop wage garnishments.

A proposal does not deal with secured debts like a mortgage or car loan, although it is possible to surrender a vehicle under a loan or lease that you cannot afford and include any shortfall in your proposal.

Upon completion of your proposal, you will receive a certificate of full performance which relieves you of any future obligation to repay the unsecured debts included in your proposal. You are now debt-free.